Skip to content
You are here
Home > Uncategorized > POST NO BILLS: Gov. Matt Bevin vs. The Media

Can we begin by reminding everyone that “the media” is a vast universe of unconnected voices who report, commentate, and disseminate news items? It’s true that major media pretends to deliver impartial, objective news but whenever humans are involved, so are their personal views. There is clearly some sort of slant with all human communication. 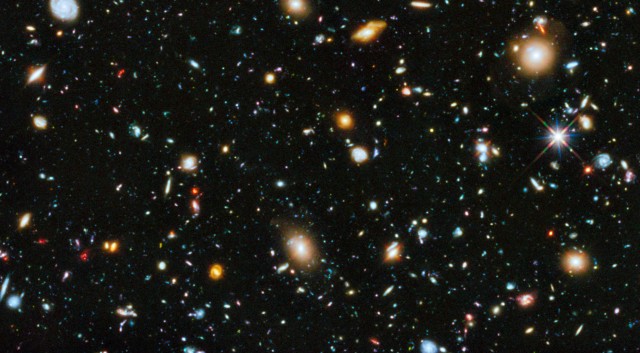 That’s why it’s so easy to find a comfortable housecoat of your views reflected back onto you from any one of a zillion media outlets. 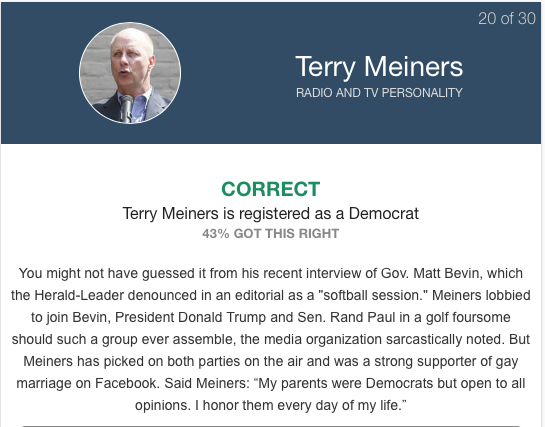 CJ writer Andy Wolfson notes that “social scientists say (party registration) is a lens that affects how a person perceives the world.” In my case, it is because that’s how my parents were registered and I followed suit. Nonetheless, I am the only person who knows how I vote.

“The Media” is not one voice. I’ve been a media member for 40 years and have worked with extreme personalities on both sides but I’m 100% certain of a liberal media majority. And that certainty grew from my 4 decades of media work in predominately conservative Kentucky.

“The Media” is a horn of plenty but a cacophony of twisted partisanship and idealism. Picture “The Media” as Pamplona’s running bulls with mobile devices. Either get on board or get out of the way. Each media product plays to its own echo chamber.

Kentucky Governor Matt Bevin, a regular guest on my radio show until recently, is using the Donald Trump plan of demonizing “the media” for stories that he feels are at odds with his vision. He is now calling WDRB President and GM Bill Lamb a liar. Ouch.

A few hours after the governor’s original video was released, I invited Lamb to respond on my WHAS Radio show. We spoke via telephone and then Lamb came to the studio the next day to continue the rebuttal.

Governor Bevin was not pleased with Lamb’s assertion that he is a “coward” for sidestepping traditional media for direct social media contact with the public.

48 hours later, Gov. Bevin texted me and took issue with several points in the Lamb interviews. I cannot share private texts but will give the gist of the governor’s message with limited quotations:

Governor Bevin texted that I should have corrected Lamb’s inaccurate claim that he “wanders in (the radio station) and pontificates on any topic that pleases him.”

In my text reply to Governor Bevin, I affirmed his point that he never tried to steer the questioning in our radio interviews but that calling editorialists “liars” and projecting eternal damnation for preachers who offer differing opinions on the value of prayer patrols led to my “shouting from the balcony” reference.

Citing God’s creation of a diverse Kentucky population, I projected that God directs all humans to “teach, love, understand, and listen to each other.”

I suggested to the governor that he continue a “furiously curious exchange of ideas between the power structure and the trained, experienced, secular press (not Facebook Live fanboy comment bubbles)…good counterpoints for your frame of reference.”

The next scheduled radio interview for Governor Bevin and me is Tuesday, July 11 at 5:35 on 840WHAS. Stream it at whas.com

His last appearance on my show was May 3rd where we talked about Louisville’s murder rate and the governor’s controversial home purchase, something Gov. Bevin noted in his texts.

“You and I have spoken about my home multiple times…I believe each of the last three times…see how ‘skittish’ (your exact word) about that topic or any topic I have ever been with you.”

The governor and I have indeed discussed his home on the previous two interviews, although the Lexington Herald-Leader denounced it as a “softball session.” Jelly much, Herald?

My chats with guests are not intended to be combative. They are to extract information and let the listener react according to their own biases. That’s the beauty of long form radio content. It offers unedited insight into the minds of the guests and the host.

“The Media” is not, as Trump said, “the enemy of the American people.” We, the media, offer a universe of content to fit into a very localized mind. The listener/viewer/reader then processes that content to affirm, enlighten, or change their preconceived views. 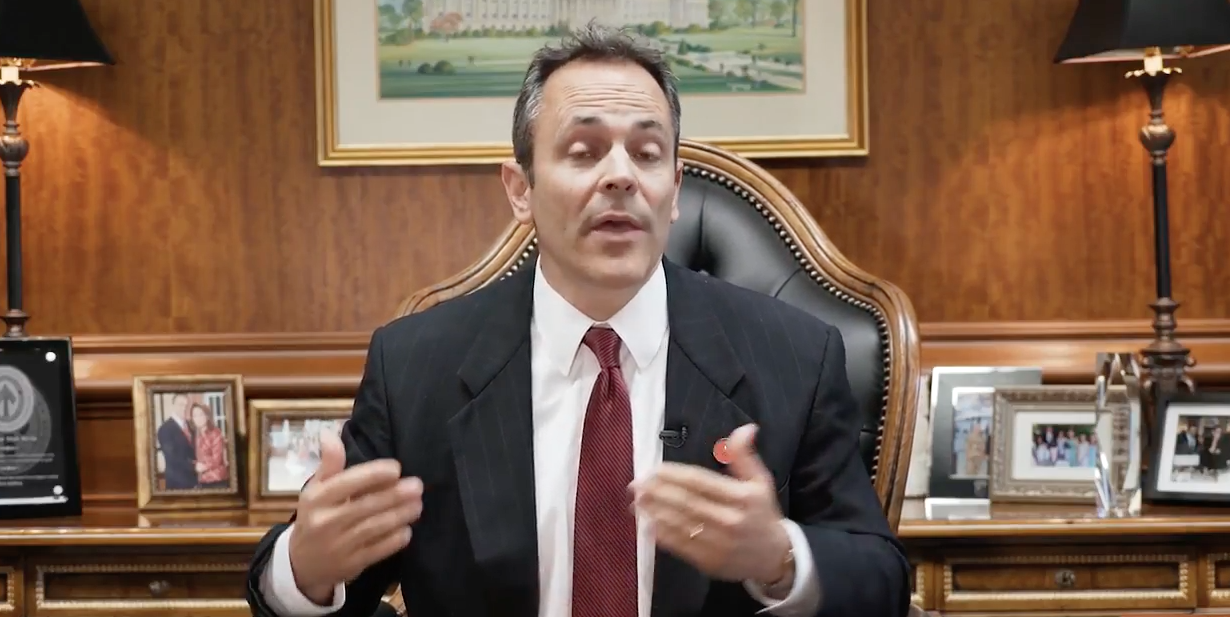 SHOW OR NO SHOW?

Scheduled WHAS Radio interviews with Governor Bevin in mid-May and mid-June, both prior to my interviews with Bill Lamb, were suddenly cancelled because of unforeseen “scheduling” issues even though the governor appeared on other radio shows earlier on those same days.

I look forward to July 11th to see if Governor Bevin and I can move past playground talk of lying liars and their lying lies and get back to talking about Kentucky’s executive and legislative agendas to improve the commonwealth.

There are lots of great things happening in Kentucky. Let’s laugh at silly sideshows but remain focused on much work ahead to move Kentucky forward, and whether Matt Bevin’s media wrangling is really a warmup for an even bigger job. 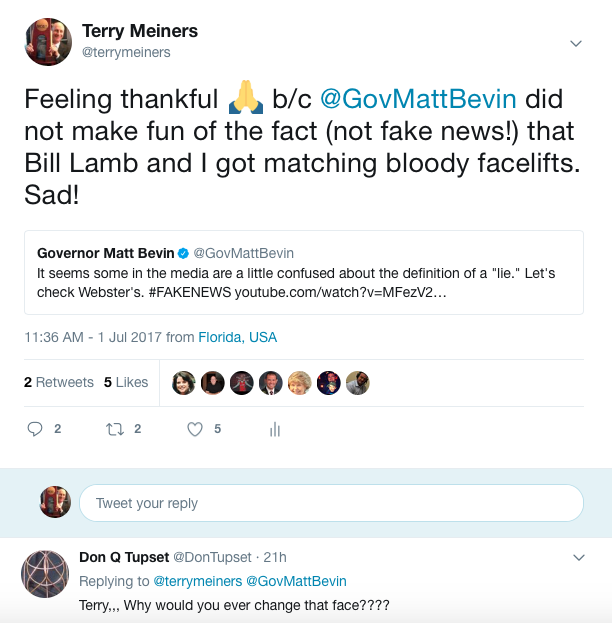 Governor Matt Bevin did indeed show up on my radio show. In fact, he called at 5:05 and I told him that John Yarmuth was actually scheduled at that time so he could check back in 30 minutes later. He happily agreed and called back at the appointed time.

We did not discuss the dustup over media coverage in our private off-the-air exchanges or during the interview. Here is the complete radio audio.