NEW YORK – University of Louisville quarterback Lamar Jackson won the Heisman Trophy, a first for the university. Only 19, Jackson became the youngest winner of the award in its 81 year history.

His 526 first place votes easily outpaced the 269 first place votes sportswriters and athletes generated for runner-up Deshaun Watson of Clemson University. Three other finalists were invited to the ceremony but their numbers were dwarfed by Jackson’s 2,144 overall vote total.

Prior to the award ceremony, the humble Jackson met the media to talk about family, football, and New York pizza. 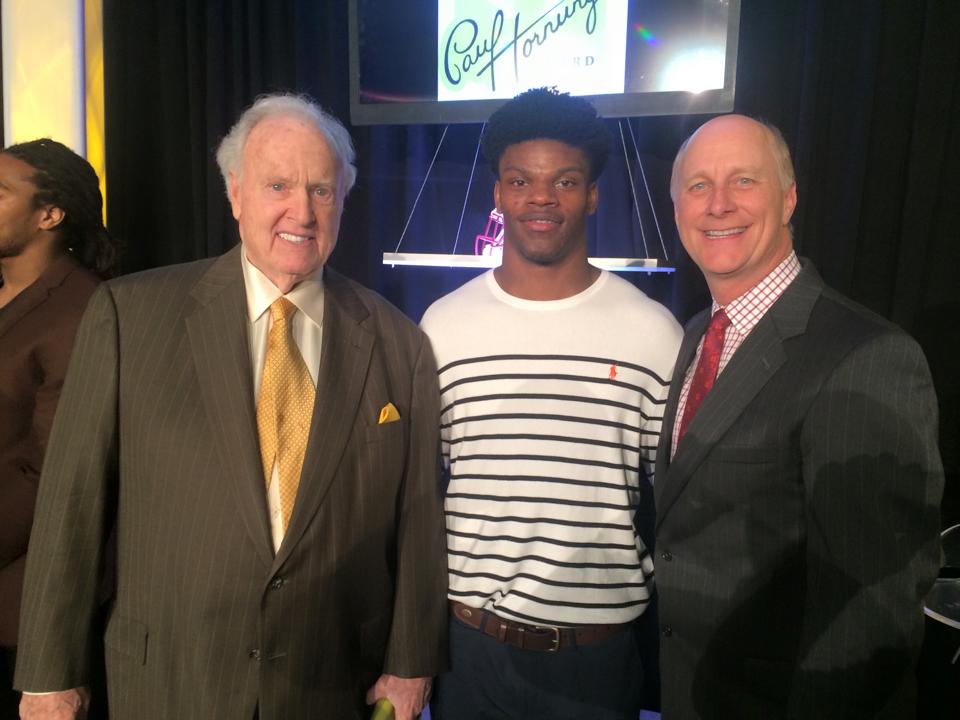 « Bohemian Rhapsody the movie: scaramouche, scaramouche
Remember no man is a failure who has friends »