Critical Race Theory (CRT) is touted by Liberals as a necessary WOKE transition for America’s school curriculum. It shapes America’s cultural and historical issues through the lens of 18th and 19th century slavery. The claim is that slavery still creates inequity for Black people to this day.

This Illinois doctor is not having it.

“How do I have two medical degrees if I’m sitting here oppressed?”

An Illinois parent rips into Critical Race Theory at a school board meeting
pic.twitter.com/KqJz4mzXuP

Advocates claim CRT is nothing more than accurate American history. Skeptics see it as just another lightly challenged indoctrination of children to lock them in as Liberals.

Woke youngens conveniently skip over the Greatest Generation, the survivors of the Great Depression who found the fortitude to storm Normandy Beach and Iwo Jima and thousands of other World War II deathtraps to crush Nazi and Japanese plans to rule the globe.

You want to talk slavery? Had the Greatest Generation not suffered millions of casualties to save freedom then we’d all be speaking German today. D-Day was 80 years after the end of the Civil War. 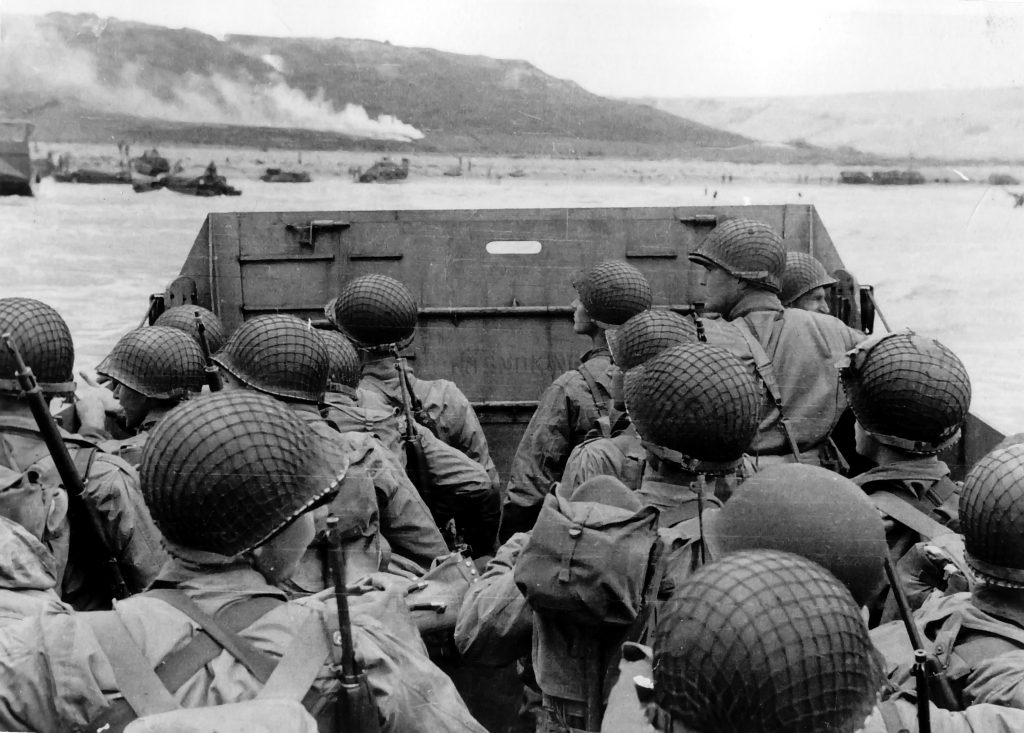 The Greatest Generation gets two days of attention per year (Memorial Day and Veterans Day) while the other 363 days bring a parade of woe-is-me grievance driven media coverage.  The Greatest Generation didn’t whine about their burdens. They persevered over tyranny and fascism and created the singular greatest global economic boom is history.

But the wokies don’t recognize the millions of people enslaved, tortured, and annihilated by Nazis and Japanese aggression. They’ve been taught that whiteness is today’s terrorism, that same whiteness that saved the world with the help of Black, Hispanic, Jewish, Muslim, Japanese-American, and Native American support.

Yes, there were still roadblocks for Blacks in post-WWII America. Redlining, Jim Crow laws, and more subtle forms of bias remained but have been exposed and purged through the civil rights awakening of the 1960s.

Billions of dollars have been and are still flowing into minority advancement programs to correct past inequities.

Daily coverage of “What have you done for me lately?” sweeps right back across news platforms as though no action has been taken.

Have you seen a second day’s coverage of Mackenzie Scott’s $8 billion in philanthropy? What about the hundreds of millions of dollars from virtually every major U.S. corporation paid and promised to fight for racial equity?

Any follow up news? Very little. Just an expectancy, a delivery, and strange quiet about the money’s use.

Guaranteed fawning coverage of the WOKE movement juxtaposed with mocking coverage of anyone who questions it is the mission statement in 90% of American newsrooms. No praise for generosity. Just “journalists” touting one correct groupthink: Liberal. Smug, profane, ungrateful for manna from Heaven, and eternally intolerant of criticism.

Comedian Amber Ruffin lays it out for you with the typical Liberal dirtbag language that’s so common among the world’s intelligentsia. 🤔

We’re examining and defining critical race theory while asking ourselves, How Did We Get Here?! pic.twitter.com/faAucNbULv

Amber, babe, you left out the Marxism and self-loathing components of the CRT curriculum. What about teaching achievement through hard work and educational specialties? Oh, because it’s easier to talk about ghosts from two centuries ago and claim that nothing has been done to fast-track affected minorities from the horrors of slavery.

Some Black people do spotlight societal progress and laud achievement through opportunity boosters but they are immediately shunned as self-loathing traitors to the WOKE cause.

No. Black Americans willfully accepted the role. It’s akin to the child in the shallow end of the pool thinking they are about to drown when all they have to do is stand up. https://t.co/qyVKh5uXuL

There is contemporary slavery…it’s called human trafficking…but why focus on today’s tragedies when we can wallow in the 1860s! Let’s be progress deniers and ignore that injured parties have rightfully been given access to the HOV lane. To correct past injustice, specific minority funding provides turbo speed past the rest of society crawling through stop-and-go lanes!

More than $22 TRILLION has been spent by taxpayers to fast-track help for Black Americans since the 1960s. But you can’t find a WOKE millennial moron who acknowledges receipt of any racial boosts.

There has and continues to be a horn of plenty of funding mechanisms to advance minority lives, offering preferential treatment to those who identify as BIPOC.

President Joe Biden continues the vision of boosting America’s Black population through a myriad of strategies. No one claims that we’ve reached the finish line.

Non-Hispanic Blacks make up 13% of the American population. Rep. Yarmuth’s press release claims that Louisville is 22% Black but the Nielsen TV ratings company lists the city as 15% Black.

Poverty sweeps across all races and demographics but government programs, funded by taxpayers, offer the lifeline to maintain and the opportunity to jump ahead. Taxpayers pay for childcare while struggling parents go to work. Fantastic! 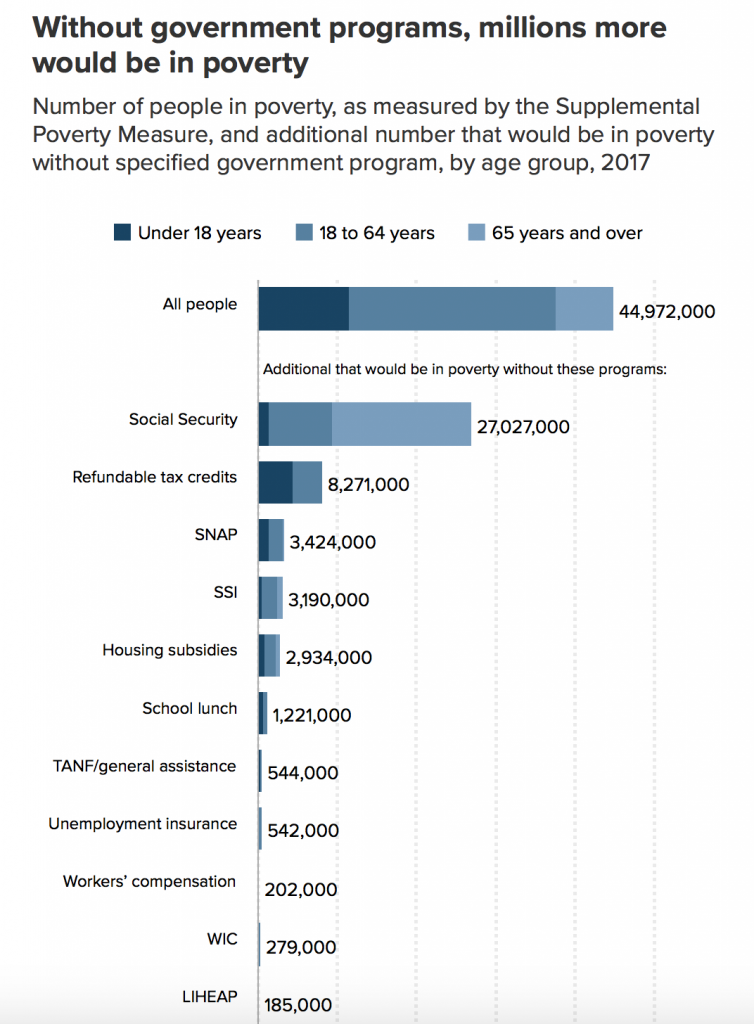 All people have hardships and no one person can fully understand the emotional and intellectual infrastructure of anyone but themselves. We all suffer. We all face adversity. We all seek affirmation to heal from the scars that built us.

Black people have had a horrible path from the earliest days of America up until the enlightenment that finally awakened in the 1960s. Massive programs were put in place to help Black people leapfrog past all other segments of society.

Good luck trying to find a Gen Z or millennial know-it-all to crack a history book and grasp the enormous societal engineering that occurred with Lyndon Johnson’s Great Society.

Even village elders like Dr. Kevin Cosby, pastor of the largest Black church in Louisville and president of HBCU Simmons College, ignores the millions of gifted dollars sent to his church/school to boost Black people. Would Jesus demean people with a label like “white-anity” (white insanity)?

Reverend Cosby attacks this commentator for simply challenging the concept of CRT. The NERVE!

John MacArthur on C.R.T. and Social Justice Movement https://t.co/tBzomSGZdo via @YouTube This man is the grand wizard of white supremacist whiti-anity.

The majority of Liberals are progress deniers. Bill Maher describes this rock-headed position as progressophobia.

“One of the big problems with wokeness (is) that what you say doesn’t have to make sense or jibe with the facts or ever be challenged lest the challenge itself be conflated with racism.”  — Bill Maher

Critical Race Theory pretends that nothing has been done to correct the disparity foisted upon descendants of slaves. Many groups like American Descendants of Slaves work to ensure that only descendants should receive reparations paid by additional government funds.

This creates another logjam for CRT proponents who must sell the notion that every Black person is mistreated and has no chance for advancement. Oprah who?

This is where the CRT mission goes off the rails. Students are taught that the Black race is perpetually damaged and the White race, even young children, are the oppressors keeping the Black race down. 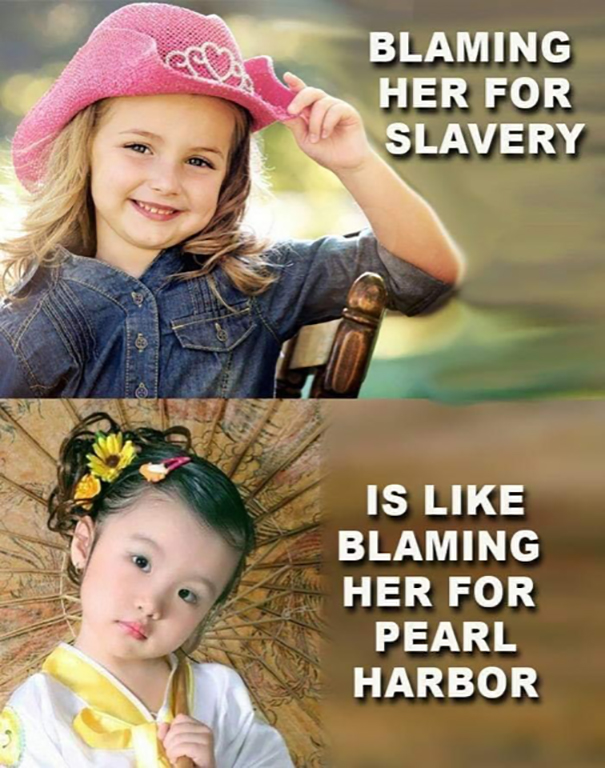 Should little children be told that they are white supremacists simply because they were born with white skin? Should people of color be indoctrinated to feel like they are perpetual victims in need of white savior “allies”?

If whiteness is all that’s necessary to succeed in America then explain why the homeless and the welfare recipients are predominantly white. Where’s their privilege that opens all doors to greatness?

Life is massively complex with a thousand different factors feeding into each person’s ultimate life legacy.

My broadcast brother Dr. Ricky Jones suggests that people who oppose CRT are racists liars mirroring the sentiments of white supremacists. Not much nuance here. Either you’re an ally or a racist.

Millions of people have firsthand knowledge of the insidious indoctrination of Marxist and socialist values foisted upon young student minds because they’ve lived through it. CRT has Marxism baked into it.

What a chilling warning for parents from someone who came to this country from China. pic.twitter.com/GOLmvntqgn

Virginia school teacher Lilit Vanetsyan shuns CRT, which many of her peers embrace.  She encourages parents and students to “Don’t give up. Challenge the staff when you are presented with a ludicrous statement. Do not allow anybody to tell you that you cannot accomplish anything because of your skin color or to hate yourself because of your skin color. It is up to you to be the next generation of victims or victors.”

TEACHER Vanetsyan: I’m a Fairfax County Public School teacher and I am going to give a message of encouragement to parents and teachers of students who are too afraid to come to speak forth. Parents, the longer that you wait and you don’t hold your child’s schools accountable gives these guys (points to school board) more time to dictate what’s best for your child’s physical, emotional, and mental health.

Don’t be afraid to speak out for your kids because they are voiceless and they rely on you. You should be afraid of them rooting for socialism by the time they get to middle school.

Teachers, it may seem that our careers have come to a dead-end but I am here to remind you that we don’t work for the school board, we work to mold the next generation of well-rounded American patriots. So don’t give up because it is up to us.

Students, it is up to you to be the next generation of victors or victims.

And, finally, to the board, this isn’t over.

(then the school board audio tech cut the microphone)

The residual effects of slavery are a real factor in the lives of millions of Black people and their non-Black family and friends. Those are issues that all Americans must face with eyes wide open.

Nuance has been lost in pursuit of polarizing virtue signaling vs. love-it-or-leave-it hardheadedness.

Louisville poet Hannah Drake has a compelling visual project coming to the banks of the Ohio River that amplifies the city’s nefarious role in slavery.

I think it’s a brilliant concept and enlightening for those who are in denial about Kentucky’s “neutral” position during the Civil War.

From @maggiepjones: “When artists and community leaders talk about @HannahDrake628, they almost inevitably bring up her generosity… She is imprinted on the city.” #Louisville #UnKnownProject #Juneteenth

Teach it, preach it. But stop pointing at little children as white supremacists. Over $22 trillion has been spent in booster programs for Black Americans in the past half century. The effort and recognition has been in place since the Great Society programs of the 1960s.

Let’s keep seeding more programs and stop going at each others’ throats. We’re all scared rabbits trying to figure out how to advance our lives with honor.

Black people need special attention but so do LGBTQ+, women, special needs people, mentally challenged people, addicted people, and everyone referenced in Sly and the Family Stone’s song listed above.

Give everyone their spotlight but don’t let anyone demand total control of center stage. We’re all pushing forward to find our best possible existence in the free country that the Greatest Generation provided. 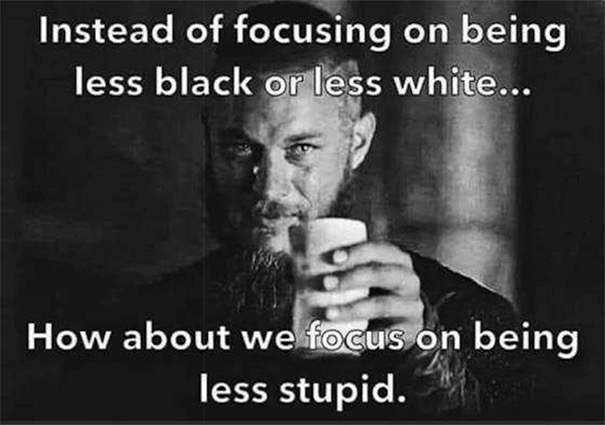 The delicious tears of a bully