Skip to content
You are here
Home > Jibber Jabber > The best thing you’ll read today: The American Descent into Madness 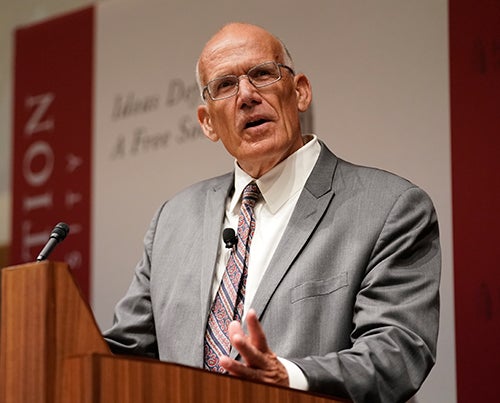 The last two years have wrought a societal slump that could reduce the United States of America to ruins. McCarthyism is back. The woke embrace of Cuba’s communists and rejection of American exceptionalism is astounding.

Bonus stimulus checks without any effort from the recipients. Borders flooded with people demanding to be taken care of. A woke military that’s more concerned with social justice than providing national security. Scant police coverage so that looting, assault, and destruction of property are barely noticed.

Today’s progressives read those words and ask, “So what?”

What happened to America? 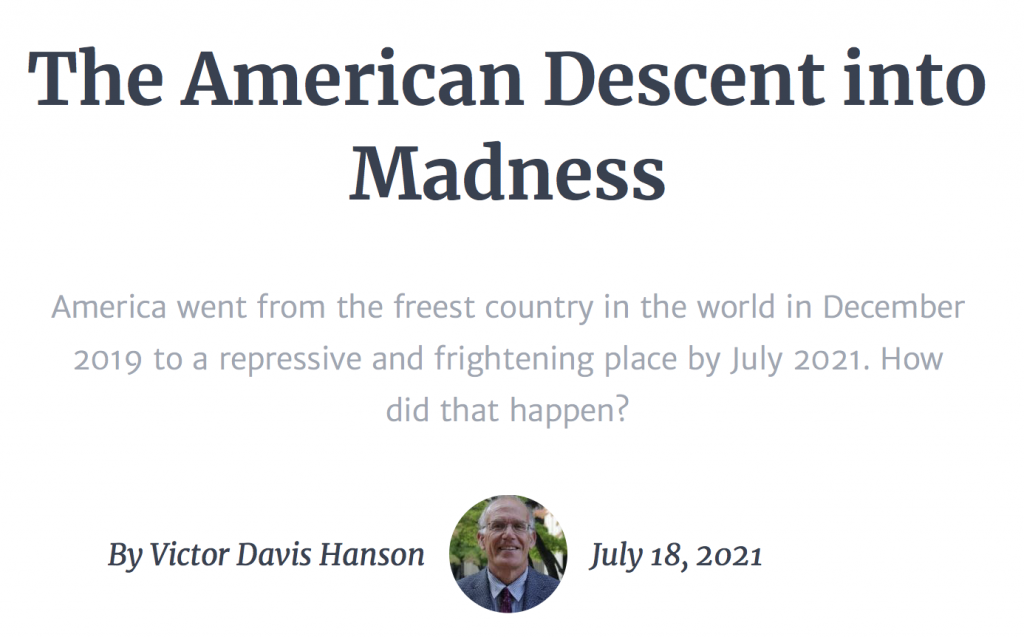 This comprehensive piece from Victor Hanson Davis provides a sobering framework of how the quick slide arrived and the expected timeline for the a potential turnaround to a society that rewards hard work, not whining.

Progressives: “Who cares what some old white guy thinks?”

Achievers: “You will when your freedom is out of reach.”

As for all of the free money thrown around without anything in return, math doesn’t lie. The fantasy of socialism providing everything for everyone has failed every time. There is a trail of socialism carcasses strewn across world history.

Nothing is free. Math is immune to sentiment.

Oh, and Cuba is a gulag where dissidents are tortured and killed.

Black Lives Matter, which has received over a billion dollars from woke corporations without any public accounting of how it’s spent, wants you to know that the Cuban government is AWESOME!

Black Lives Matter has released a statement on Cuba: pic.twitter.com/NgnT1o1oZE

This is the level of stupidity that envelops today’s America. The Greatest Generation stormed Normandy Beach for no reason. Those brave soldiers didn’t save the world…they only held off its collapse for 80 years. What a damned shame.