Ricky Gervais is a fearless comedian who rips into Hollywood arrogance like no other. His most recent hosting job at the 2020 Golden Globes was close to brilliant in that it upsets just about everyone, a rarity in today’s culture of snowflake sensitivity.

God Bless the blunt truth telling of Ricky Gervais. That’s a joke, of course, because Ricky Gervais is an avowed atheist. For Hollywood elites, Gervais’s mockery of religion is his only saving grace. (That’s another religion joke, BTW).

The Apple CEO's death stare when Gervais set up this joke was priceless 🤣 https://t.co/QmrGEJykJ8

Apple Inc. CEO Tim Cook looked like he was prepping for a colonoscopy as Gervais correctly pointed out that the tech company pretends to be WOKE yet operates Chinese sweatshops. How many Apple employees watching at home must have thrown their fists into the air and roared with laughter? 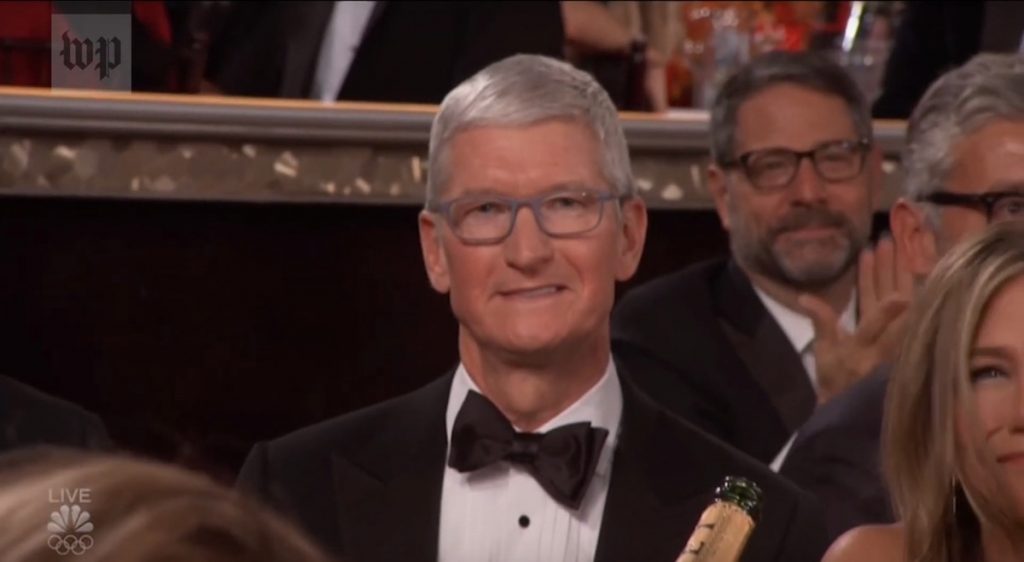 Apple CEO Tim Cook did not appear to enjoy comedian Ricky Gervais torching his company on the Golden Globes telecast.

Gervais reminded the gathered stars that they had no business spewing their political ideology since most of them had attended fewer school classes than media darling climate activist teenager Greta Thunberg, a dropout.

Perhaps Gervais’ sharpest attack was aimed at all of the gathered Hollywood executives, telling the viewers that the assembled bosses are “all terrified of Ronan Farrow. He’s coming for you! Talking of all you perverts…”

For all of Gervais’ affected roasting of hypersensitive celebs, some powerfully poignant words came from Saturday Night Live comedian/actor Kate McKinnon. In presenting a major comedy award to Ellen DeGeneres, McKinnon cited her “bravery (in going public about being gay, and) what that has meant to me and how that’s changed my life.”

LGBTQ people have been harassed, bullied, and beaten down since the beginning of time so it is moving when two famous and influential lesbians are able to share words of support in front of millions of TV viewers without it raising a ruckus.

Maybe we are finally growing up in this sexually uptight society. Maybe. 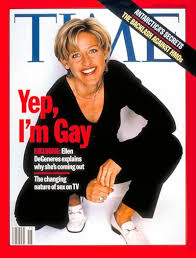 Ellen opened the gates for lots of other people to thrive professionally and personally outside of the shadows.

Of course many other Golden Globe celebrities couldn’t resist turning an awards show about great movies and shows into political grandstanding. There was the always predictable ORANGE MAN BAD Trump bashing, clucking about climate change, and a pregnant lady reminding people that she is judge and jury over whether another person lives or dies. How sweet.

Shiny trophy or baby? None of your bees wax. It’s all in mom’s values.

Just don’t call anyone fat or Lizzo will twerk you into submission.

Who headlined it best? Who buried the lede? #media pic.twitter.com/yjbDotGtOM

This author gets it right.

your average Hollywood bigshot is no more knowledgeable or interesting on the great issues of our time than my great aunt Gladys. My take on why @rickygervais got it right. https://t.co/GZvtAQRCjR 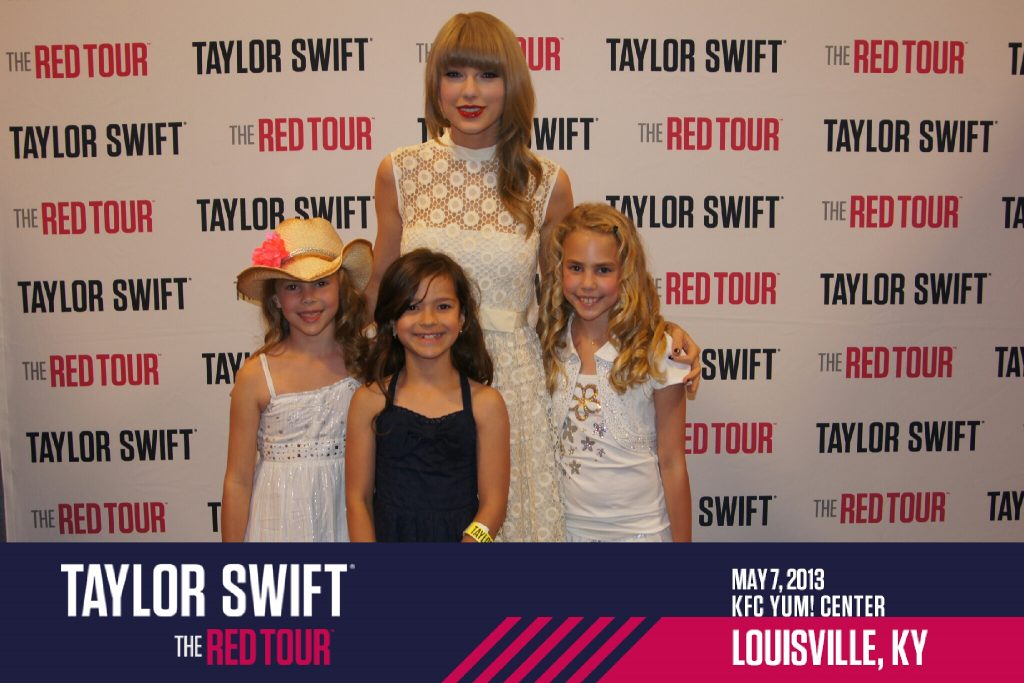 Taylor Swift with my stepdaughter and two friends, May 2013

Taylor Swift meets hundreds of people during her concert tours. Contest winners, fan club officials, music industry people, and radio station employees are usually given a chance to say hello and pose for a photo at most Swift shows. She even sends personal follow-up notes to many radio personalities to thank them for playing her music. 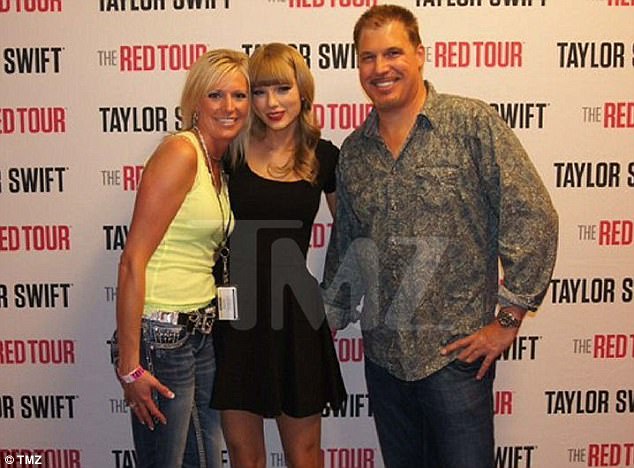 One idiot Denver DJ decided to grab a handful of Taylor’s butt during a 2013 backstage photo shoot. (photo obtained by TMZ)

Now the idiot deejay is suing Taylor Swift, claiming that her “false accusation” that he sexually assaulted her cost him his job and future employment elsewhere. Taylor Swift countersued, saying that DJ David Mueller “took his hand and put it up my dress and grabbed onto my ass cheek. And no matter how much I scooted over, it was still there.”

About 30 “Swifties” (Taylor Swift fans) gathered outside the courthouse on the second day of jury selection. The trial could take up several more days and spill into next week.

Here’s the jury selection questionnaire. This idiot deejay wants his 15 minutes and Taylor Swift is putting the hammer down “serving as an example to other women who may resist publicly reliving similar outrageous and humiliating acts.”

Eventual outcome: idiot gets nothing, Taylor gets the last laugh 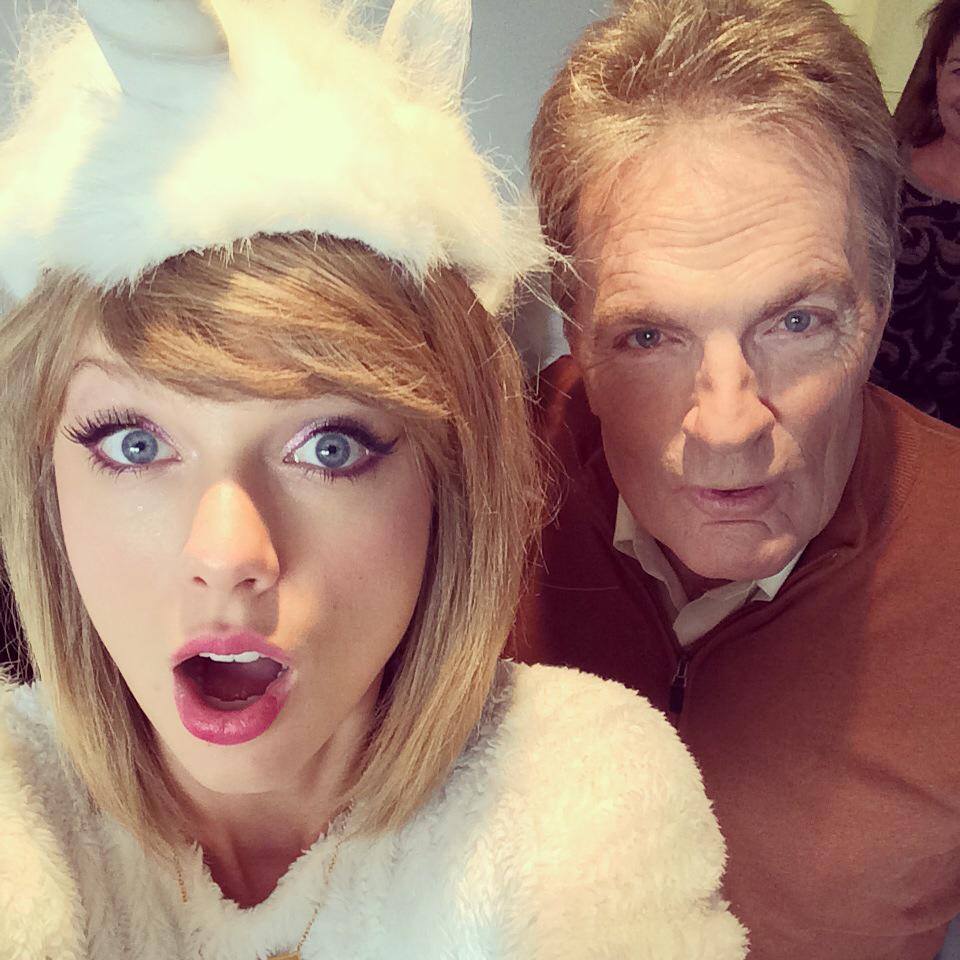 David Mueller, the former Denver deejay, is simply trying to hold onto his flash of fame with a ridiculous $3 million lawsuit. Taylor Swift is asking for $1.

UPDATE: Taylor Swift won. David Mueller still contends that he never groped Swift, that he didn’t want money, and all he needed was a note where her camp claimed it was a misunderstanding. Mueller says he needs that note to help him find employment in broadcasting. 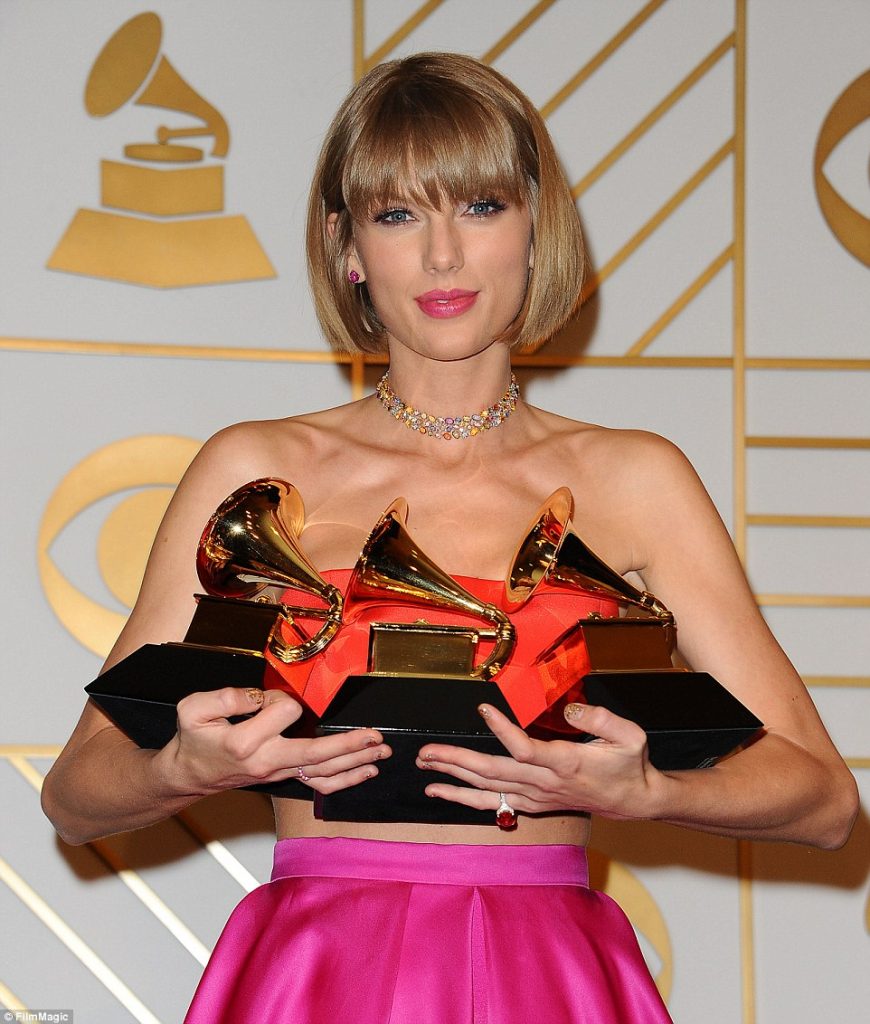