Skip to content
You are here
Home > Uncategorized > Cat fans all up in it over media bedmates
Post by Terry Meiners.

Police in Grayson County, Kentucky are looking for an 18-year-old man and his 13-year-old accomplice for a string of thefts, including vehicles. The latest report has them fleeing to South Carolina. 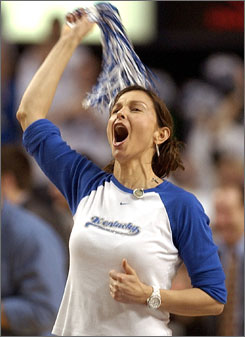 On Facebook, I made note of the fact that only one Kentucky media outlet, the Lexington Herald Leader, opted to obscure the University of Kentucky basketball shirt worn by the male suspect, the garment he was last seen wearing before eluding police. He is considered dangerous and is running from police with a 13-year-old girl.

Even though it is a post about the media and its practices with regard to institutions on which it reports, some UK fans were quick to anger.

The thread of their comments follows below. First, it appears that I must fully clarify the premise of the post to those with reading comprehension challenges. 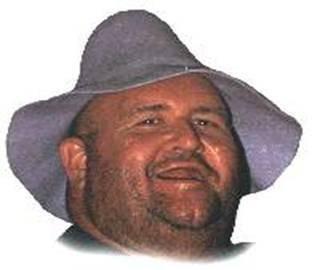 Angry, marginally literate sports fans don’t realize how they validate the national stereotype of their fan base. Every fan base has a certain number of people looking to be offended. This post, however, is not for sports fans. It is about the media. And that guy over there in the floppy hat is not a sports fan. He’s just a funny dude that helped you check yourself about first impressions.

Now to UK. Below is a recording of Matt Jones chatting with Coach Cal today. It’s a great conversation but in it, John Calipari notes that other basketball programs “are in bed with the media.” 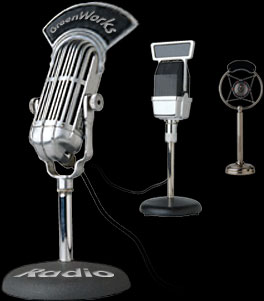 My post here is about a Lexington media outlet choosing to obscure a UK shirt when virtually all other media outlets THROUGHOUT the commonwealth are showing the complete picture of the shirt worn by the wanted man. This is the shirt he was last seen wearing therefore it is critical information to assist law enforcement in finding this criminal. Yet the Lexington newspaper chooses to hide most of the shirt with a map.

This is a story about media practices, not about overzealous allegiance to any particular team.

Here are some comments that poured in:

Lora DeVore Your one of those disgusting UL fans that give all the rest such a bad name! Whaaaaaaaaaaatever! It has nothing to do with this case and only someone jealous would notice or post this! Maybe you should be discussing your own business ! http://www.wdrb.com/…/louisville-football-player…

Tim Mullins That blue shirt would be all red if I caught him with my 13 year old daughter. He is not going to have a good time once he gets to prison.
Unlike · Reply · 9 · 9 hours ago

Michael Scheser Here goes Terry, hating UK again. This is baloney. It’s obvious that they got a close up of the guy from the original picture and used graphics to even both pics and enhance the location of the story. This is the newspaper that brought UK basketball to its knees so I don’t think his shirt was a concern for them. Grow up.
Like · Reply · 9 · 9 hours ago

Steven Back Yeah, right….it was an OBVIOUS attempt to cover up the shirt.
Like · 9 hours ago

Jennifer Milburn Who cares…maybe be a little more concerned where they are instead of shirt hes wearing….
Like · 1 · 6 hours ago
View more replies

Adam Campbell Maybe if they covered his face and showed the shirt only Terry would have approved. Sad attempt at stirring controversy.
Like · Reply · 10 · 9 hours ago

Susan Ammons Seriously??….. This is what YOU choose to make a big deal??…. Why not the mayors son getting special treatment, why not the homeless veterans, or children…. SMH
Like · Reply · 6 · 8 hours ago

Terry Meiners I am in the media. This is a media issue. Stop shaking your head at matters that do not concern you, Susan Ammons.
Like · Reply · 16 · 6 hours ago

Scott LaRock Hall Terry is a funny guy Period It’s humor I’m a UK I’m not crying over it. Plus Terry does a lot for this city. Smh as to why he doesn’t have a banner flying. Don’t like simply delete
Like · 3 · 5 hours ago
View more replies

Susan Ammons Thank you… More important things in the world other then a flipping UK T-shirt….
Like · 1 · 3 hours ago

Dana Gronefeld Coulter Looks like they were just doing head shots so we could all see the things he can’t change easily….you know eyes, nose, mouth.
Like · Reply · 2 · 6 hours ago

Don N Pat Smith Folks need to learn the story,he might be protecting her..just a thought from Grayson Co.
Like · Reply · 6 hours ago

Dana Gronefeld Coulter I’m assuming they are not a “couple” as the media is portraying.
Like · 1 · 6 hours ago

Don N Pat Smith Yes from what i have found out in the last few days they are together and have been for years, as i find out more about them the more i feel sorry for them instead of hate!! more than meets the eye here
Like · 6 hours ago
View more replies

Dana Gronefeld Coulter I too think there is alot more to this story….
Like · Reply · 6 hours ago

Jason Swift That Kentucky shirt WAS looking suspect.
Like · Reply · 1 · 6 hours ago

Margaret Lynn Moore I would be more worried he is 18 and she is 13. Her father said their crimes are becoming more adult. He was fearful he would end up getting her killed.
Like · Reply · 4 hours ago

Dean Smith Terry graduated from UK. I doubt seriously he “Hates” them.
Like · Reply · 3 hours ago

Susan Ammons Its not about hating UK or UofL….in the grand scheme of things they don’t really matter, it’s a non point… They did close up of faces so people could see them…
Like · Reply · 1 · 3 hours ago

Betty Casey Stevenson Not nice!!
Like · Reply · 3 hours ago

Chris Riley As if you Mr. Meiners didn’t shield Rick Pitino on the fact he paid for an abortion.
Like · Reply · about an hour ago

Betty Nellis-Cram Yea, Terry. I’m sure there’s not one U of L fan that’s a felon! Oh, that’s right. There all on the football team! Really?Geeze!
Like · Reply · about an hour ago

Larry Sidwell U are a pussy coward Meiners who is so pro- looserville that you have lost the real crime !!! Get perspective hope WHAS fires you !! But they will not!!
Like · Reply · about an hour ago 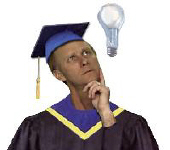 Mix your own classic rock song: Led Zeppelin’s Ramble On