Eight indictments have been filed in the FBI investigation into the funneling of shoe company money to financial advisors and AAU basketball coaches who benefit from student athletes. More indictments are expected later in the week.

Among those indicted by a federal grand jury is suspended Auburn coach Chuck Person, and Rashan Michel, a high end Atlanta clothier. Person is accused of taking bribe money to steer basketball players toward certain financial advisors. Michel is involved with various seedy characters who swarm around recruits and AAU leagues.

Michel has been loosely connected to former University of Kentucky personal like assistant coach Orlando Antigua, UK stars Andrew and Aaron Harrison, and Friend-of-Cal William “WorldWide Wes” Wesley. There’s probably nothing to it but UK always draws the spotlight.

The University of Louisville was fingered right away when assistant coach Jordan Fair was recorded in a Vegas hotel room acknowledging awareness of adidas routing money to the father of 5-star recruit Brian Bowen. Discussions about payments to the family of another UofL recruit also took place in the room. 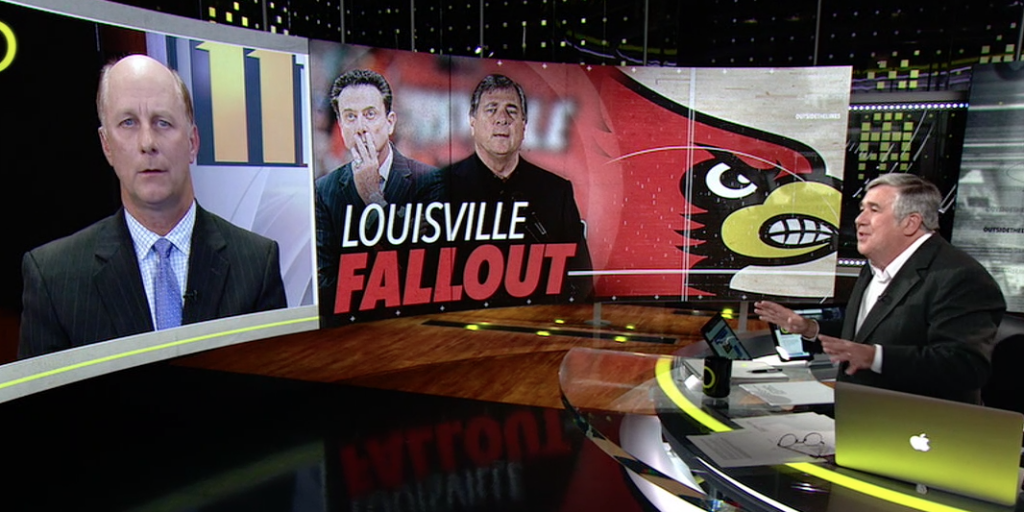 Fair has been fired along with head basketball coach Rick Pitino and athletics director Tom Jurich. Nonetheless, no arrests or indictments have been issued for any UofL personal.

An attorney for Brian Bowen claims “investigation impediments” have been cleared so that UofL can now decide whether to reinstate him to the roster.

She blinded herself with science

Strip club patron sues stripper: “How do I get my booty and boobs back?”

How in the world did no one know Colonel Sanders in 1963?