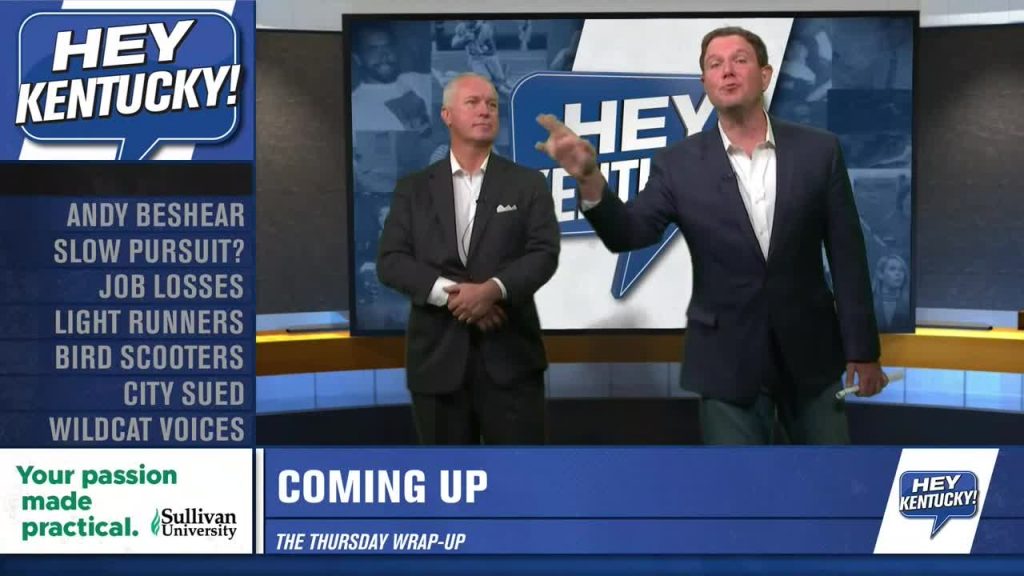 Lexington’s WLEX-TV pulled Ky Sports Radio founder Matt Jones from his nightly TV show called Hey Kentucky. Jones suggested in an interview with me that political foes pushed the TV station to bench Jones or risk the loss of commercial revenue from PACs aiming to support other Democrats in the 2020 senate race.

I did an interview with @terrymeiners about the @hey_kentucky situation. Listen if you are so inclined

Also does anyone have a good Pike County dinner recommendation? https://t.co/FCpVfRtZwF

Journalist Al Cross says Matt Jones has an unfair advantage with his multiple media platforms, but that Jones “is not a journalist, he’s an entertainer.”

Meanwhile, as Matt Jones dawdles over his decision, another former Marine officer has jumped into the race.

Another Democrat (and another Marine) is in the Kentucky US Senate race. How many more will enter for a chance to face @senatemajldr Mitch McConnell in the fall? @WHAS11 https://t.co/S6Rd2PaBoB

Mama will pay that bill, too