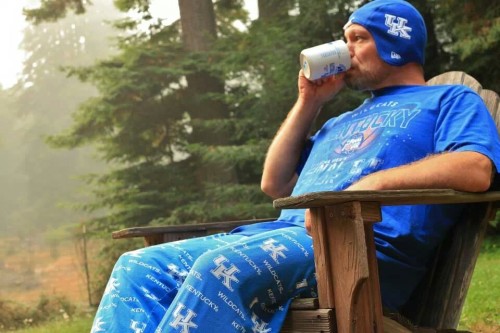 >>>>>>>>>>After the University of Kentucky’s magnificent basketball team lost its first game of the season — a classic battle ending with a 4 point loss to Michigan State — the silly “Forty & Oh” chant was erased.

But now those shirts are being scooped up by UK’s opponents to mock the Big Blue.

Every time Coach John Calipari says to his loyal UK fan base, “You people are crazy!” I just point to Cal and blurt — “What he said!”

That aside, don’t be surprised if this Kentucky team goes 39-1 and collects a 9th NCAA Championship. They’re that good.

Bill Stokes, my brother from another mother

AUDIO – Gov. Matt Bevin on UofL chaos, Tom Jurich’s future, and who controls the board of trustees