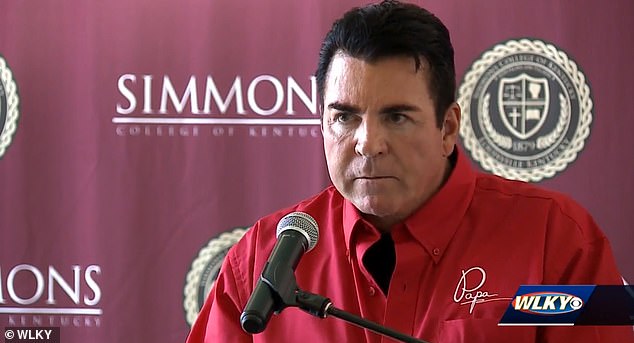 It is Schnatter’s belief that Papa John’s executives deviously plotted to steal the company from him “using the black community” and “race” issues.

A rather tepid day of reckoning just passed. Schnatter sued the marketing company that leaked audio of him saying the N-word, the final mistake in a series of damaging public statements that collectively crushed his career and quality of life.

Schnatter is suing for breach of contract, tortious interference with prospective economic advantage, intentional infliction of emotional distress, and several other claims against Laundry Service ad agency and its parent company. 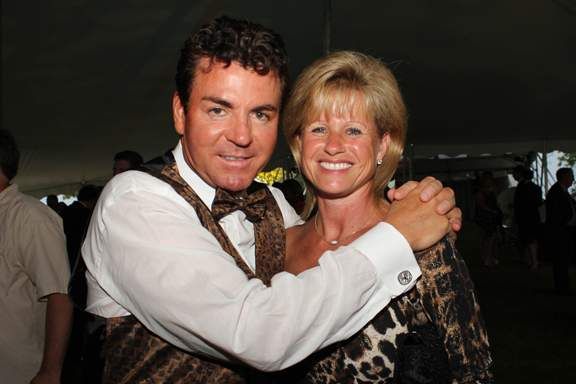 On the same day John Schnatter sued the marketing company, Schnatter’s wife Annette filed for divorce in Oldham County, Kentucky. The couple’s home is in Jefferson County but many wealthy Louisville area divorces land in the next county with the hope of dodging media attention. Documents seem to indicate that the couple’s $500 million in estimated assets are already likely divided.

M. Annette Cox (Schnatter) tells me that she is doing well and is surrounded with supportive family and friends. The Schnatters have two grown children, one of whom survived premature birth and cerebral palsy challenges.

The legal papers cite April 1, 2019 as their date of separation. Annette built a new home in Prospect, Kentucky. Their marital home in Anchorage is one of the largest and most expensive homes in the metro area.

“Papa” John (he still wears custom stenciled shirts bearing that name) is not responding to inquiries about either lawsuit. His legal team is also mum about suing the ad agency that shuttled audio of a training session to Forbes.com.

Annette and John Schnatter have been exceedingly generous to the Louisville community and surrounding metro philanthropic pursuits. In a 2013 Courier-Journal profile of John Schnatter, gifts large and small are spotlighted.

Reporter Andy Wolfson included this recollection of mine about an unexpected gesture of kindness to strangers struggling with a sick child and low finances. 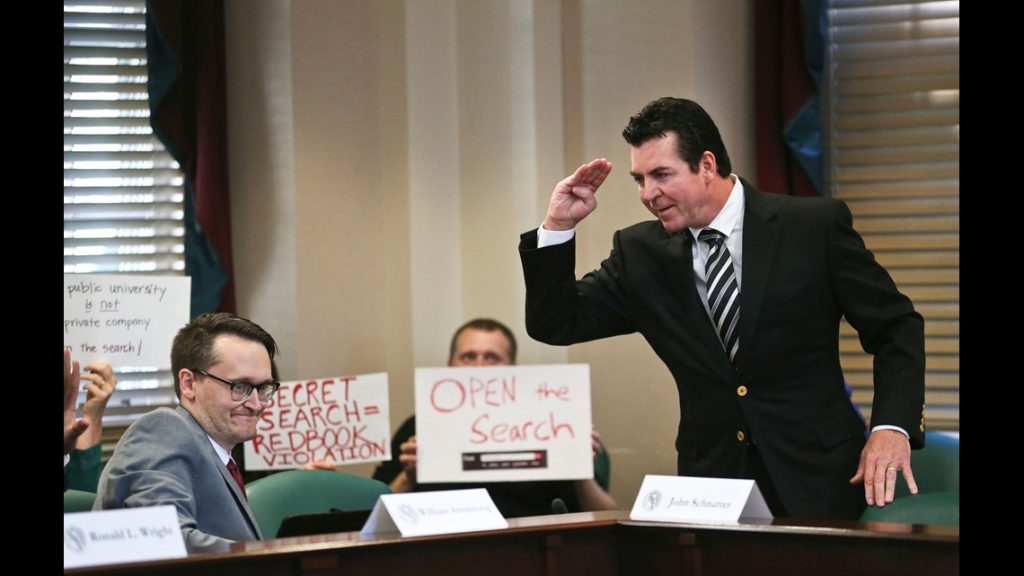 Schnatter has had run-ins with many Papa John’s executives, many of whom were reluctant to talk in 2013 but are chirping now that their former boss is in a personal and professional freefall.

A few weeks ago, Schnatter purportedly wrote a scathing piece in the New York Post slamming his former company and its directors. Schnatter (likely dictating to a professional writer) claims that his N-word controversy should have been treated with the same understanding given to New York Governor Andrew Cuomo who also said the N-word in a recent radio interview.

Schnatter and I discussed most of these issues in an exhaustive July 2018 interview on WHAS Radio. I asked why he didn’t use the safe phrase “N-word” instead of saying the actual word while parroting Col. Harland Sanders. (advance recording to 7:15 for Schnatter’s perplexing response) Schnatter also claimed at the time that he didn’t feel like he would sue the marketing agency because of his distaste for lawyers and litigation.

Schnatter’s longterm dream of riding out his career with Papa John’s is all in the trash heap. The 2013 Courier Journal profile closed with a timetable of “Papa” John Schantter’s hope to never retire from the pizza company.

The Schnatter divorce also made headlines worldwide, leaving Louisville with a fractured family of prominence and a certain philanthropic void. Best of luck to both of them. It’s been an incredible ride for Louisville’s business community and many lucky charities.