Skip to content
You are here
Home > Uncategorized > It’s been one year since John Schnatter’s n-word destroyed his legacy. He has one path to public redemption.

One year ago, “Papa John” Schnatter contacted me to interview him on the radio. Schnatter’s glorious life was unraveling after intense blowback from the pizza magnate’s use of the n-word on a training call.

The interview got national media attention and online snark but Schnatter’s freefall was in an unstoppable plunge. Instead of reversing the narrative, our 28 minute chat only solidified the image that Papa John wasn’t ready to sincerely apologize. He said that was coerced into saying the n-word by people who were out to get him banished.

But it was Schnatter who was at fault. All he needed to do was literally say “n-word” instead of saying the actual word. But he chose to use the nuclear bomb of words and has never had a moment’s peace since.

It was one of several ignorant comments Schnatter had uttered in the past few years. In an earnings call, Schnatter worried aloud about the cost of paying health care for his employees. He later slammed NFL players who knelt during The Star Spangled Banner, leading to declining TV ratings. In Schnatter’s estimation, that led to declining pizza sales.

In July 2019, Schnatter is still MIA. He doesn’t answer texts. He doesn’t make public appearances. He just sells shares of of his Papa John’s stock and stays in hiding as his personal empire fades. 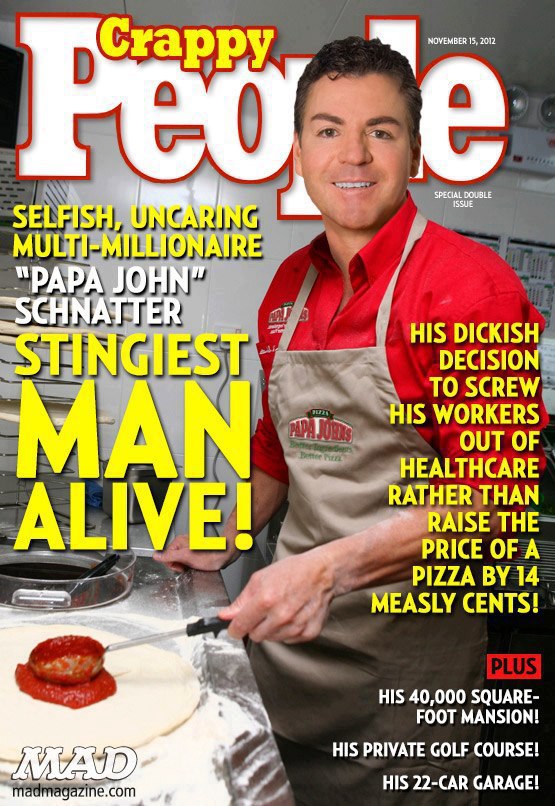 My opinion is that the public flogging of Schnatter was way overdone, a symptom of today’s WOKE virtue signaling gone awry.

A man builds a global company from a broom closet and creates hundreds of thousands of jobs and is simply swept away like tepid bathwater? Insanity.

Schnatter took offense to my question about whether he would move away from Louisville now that his image is so badly damaged. “Why would you even ask me that?” Schnatter snapped.

Over the past twelve months, Schnatter has been shoehorned out of philanthropy that had been his habit over the past 25 years. Charities in the city, state, and other parts of America are not feeling the same love that Schnatter used to throw around.

It’s time for a Schnatter Forgiveness Tour. Set up a foundation, beg for forgiveness for being detached from the pain of everyday working people. and throw lots of money into educational pursuits for African American children.

Schnatter screwed up but it’s not an unforgivable violation. Our overly sensitive culture overplayed this one.

The Washington Post made note of it in one day’s news cycle. And that was it. 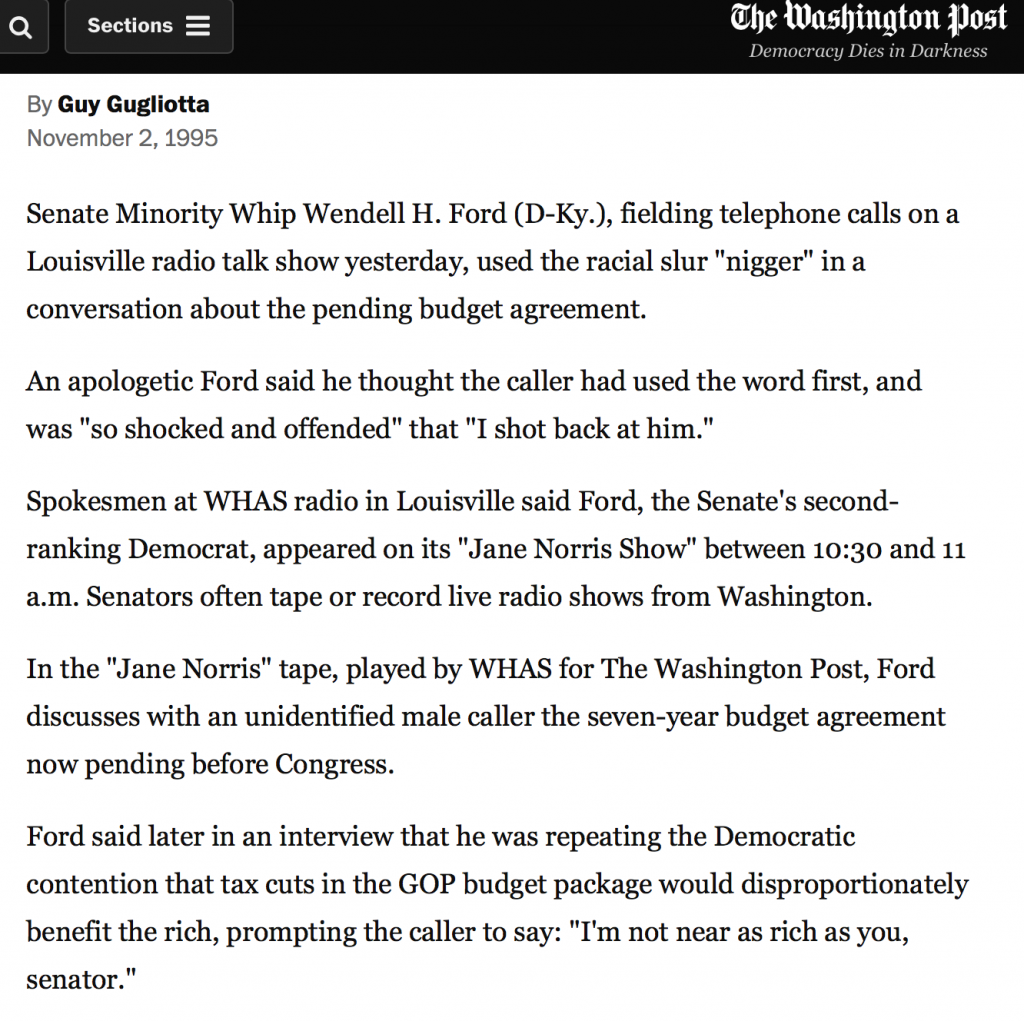 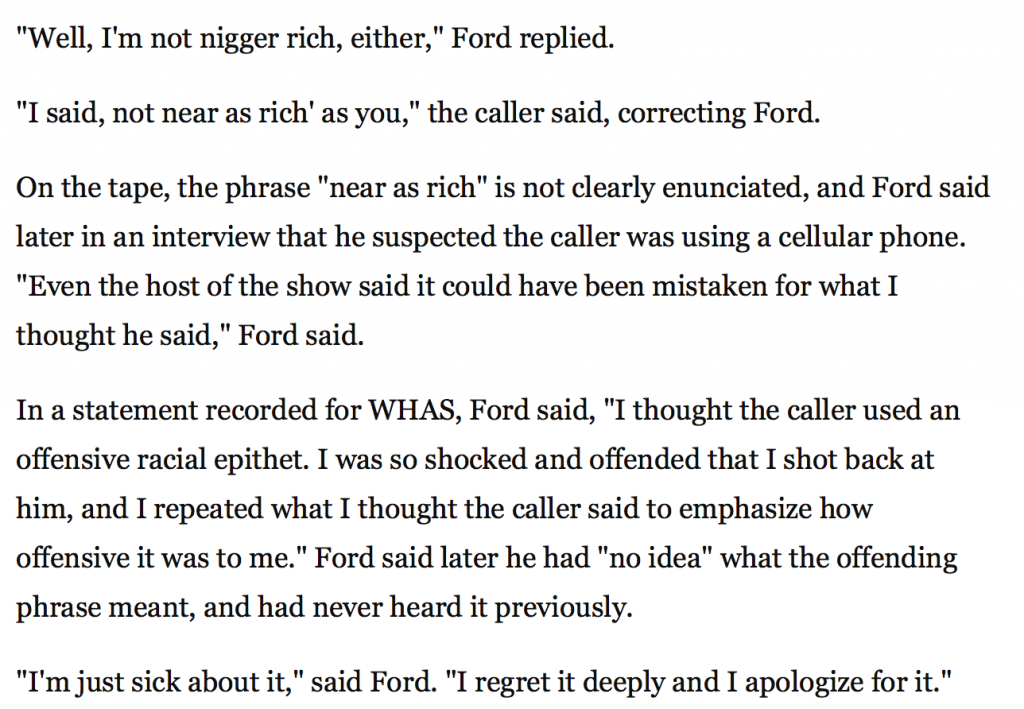 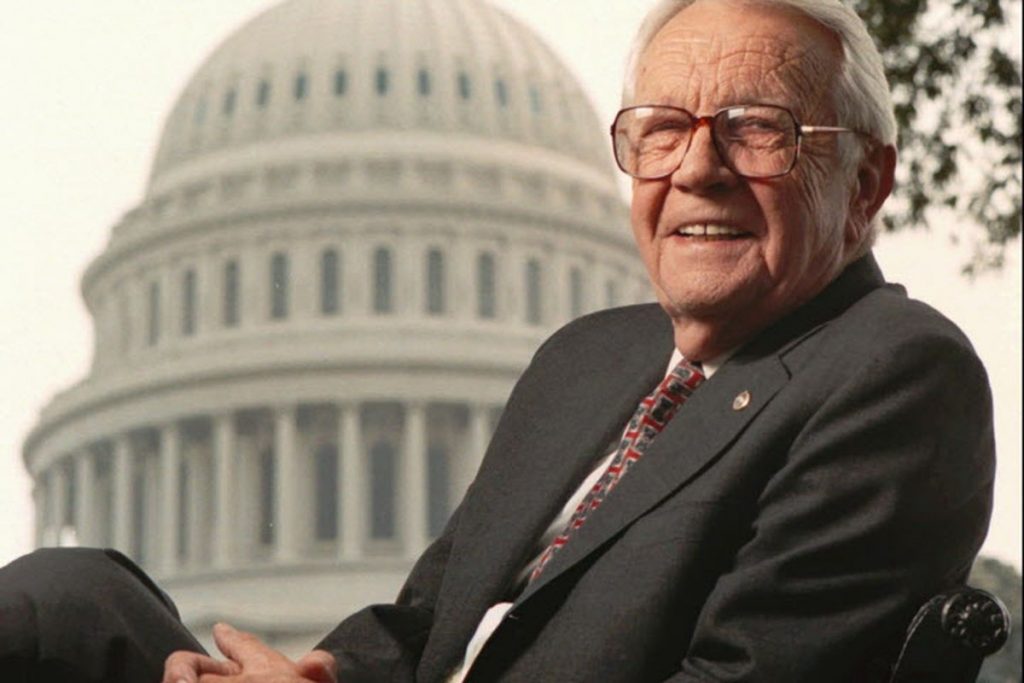 The senator served out his term. No outrage. No WOKE pandemonium.

Imagine if Senate Majority Leader Mitch McConnell had said the n-word. You already know the answer.

Schnatter supported Republican candidates. I think we can all see that his real sin is political affiliation, not word choices.

You’re a guy whose mistakes knocked you out of business. Now is the time to get into the business of helping others, particularly struggling African Americans, move their lives to a more glorious position.

Now this dude? He knew how to rock.

When a trucker tries to fit into skinny jeans