Justify went on to win the Kentucky Derby but the Times story illustrates how the horse should have been disqualified from claiming the Santa Anita victory, thus opening a Derby slot for someone else’s horse.

Justify was found to have scopolamine in is system, a banned substance known to aid breathing and heart acceleration. Many in the California racing business are aware that scopolamine can get into hay through “environmental contamination.”

Trainer Bob Baffert was made aware of the test results four days before shipping his horse to Louisville for the Derby. Baffert quietly asked for a second test without any public statement. The confirmation of the original test results came a few days after Justify won the Kentucky Derby.

Baffert’s team dismissed it as a minuscule amount of scopolamine that was not intentionally given to the colt. Justify passed all drug tests following each of his victories in the Triple Crown races.

Drape’s story points out that several California Horse Racing Board members also use Bob Baffert as their horse trainer, a look that suggests conflicted interests.

Lawyers representing Baffert were quick to dismiss Drape’s story as sensationalism, adding that the content could be considered defamatory to the Hall of Fame trainer. 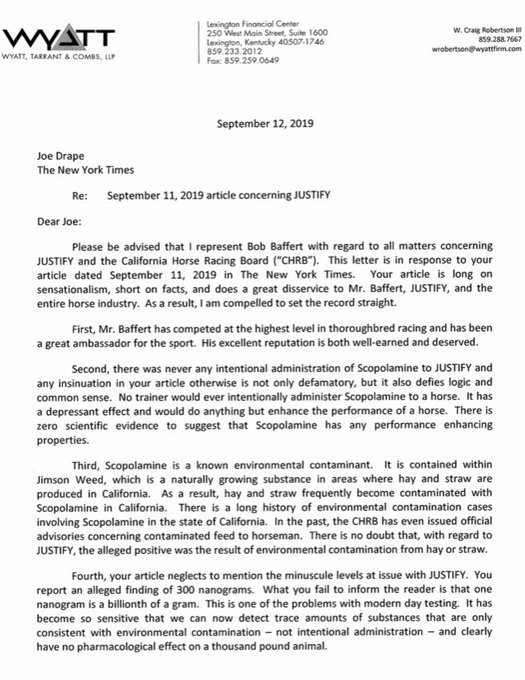 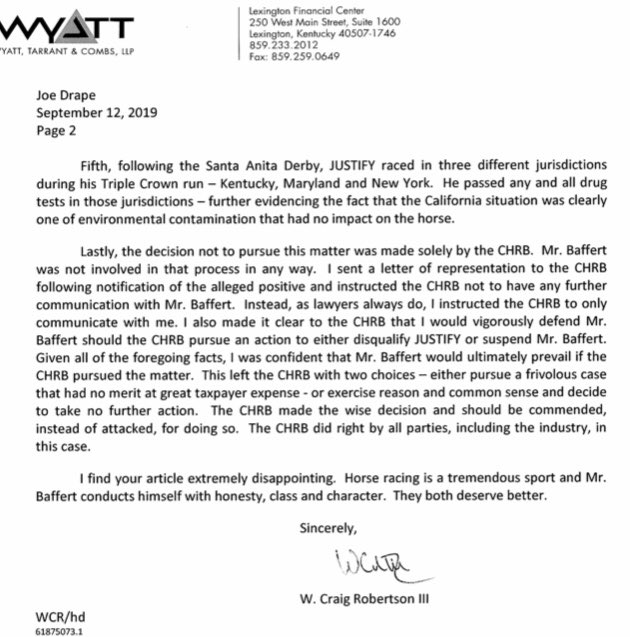 I asked Joe Drape to appear on WHAS radio and respond to Baffert and his lawyers. 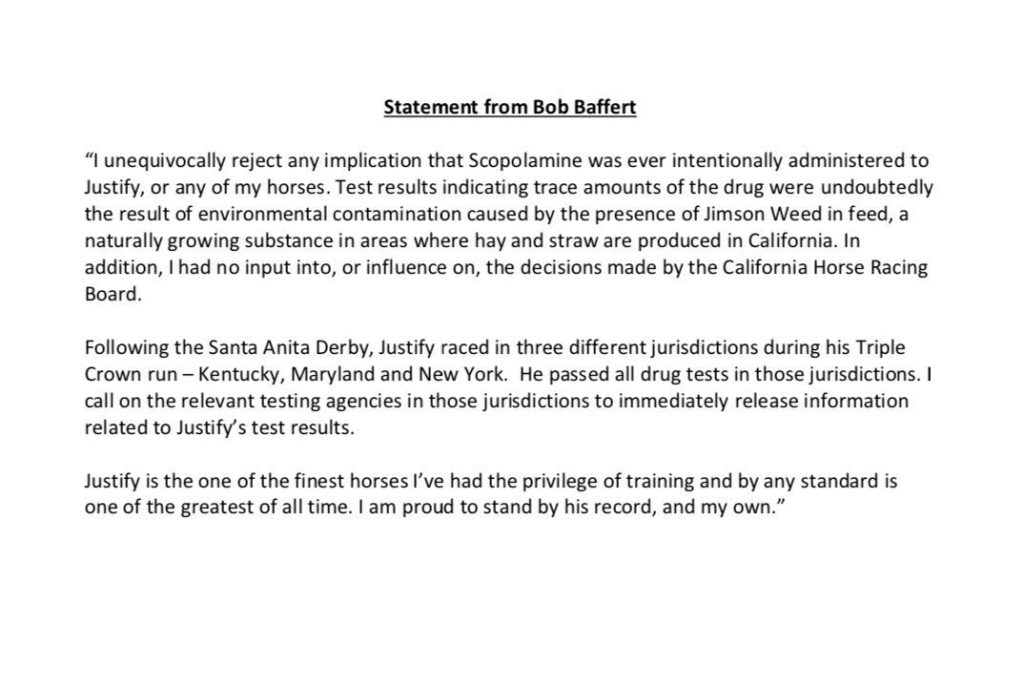 The former head of the drug lab for the Kentucky Racing Commission begs to differ from Baffert and his legal team as to the dosage and intention surrounding the doping controversy. 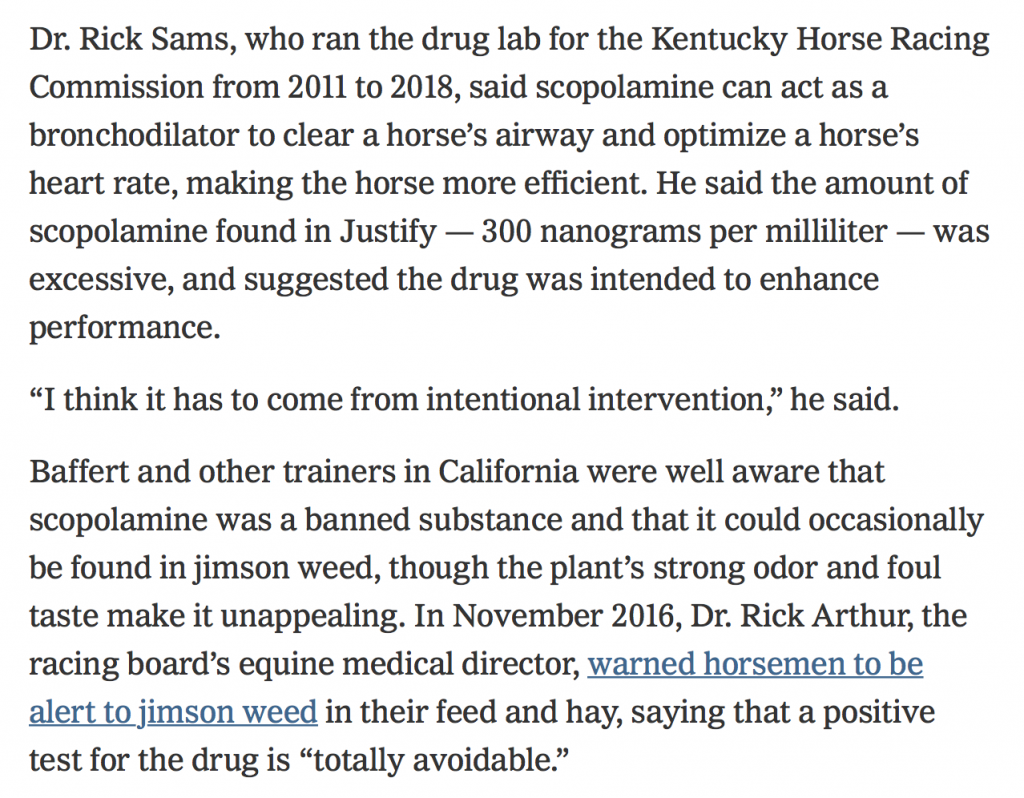 What now? Could California’s lack of action by compromised administrators force other horse racing overseers to consider stripping Justify of his Derby victory? That would nullify the Triple Crown achievement, an unprecedented action in the sport’s history.

When I privately joked with Joe Drape that the horse racing business is chock full of scoundrels, he replied “That’s what keeps me in business.”