Congratulations to DeMarcus on joining the elite club. pic.twitter.com/LIpMi5I7Wg

Congratulations to Kentucky one-and-done star DeMarcus Cousins. He helped the Cats get to the Elite Eight a decade ago and has made the NBA all-star team multiple times. He just got married two weeks ago, threatened to murder his baby mama, and is now in the University of Kentucky Athletic Hall of Fame. 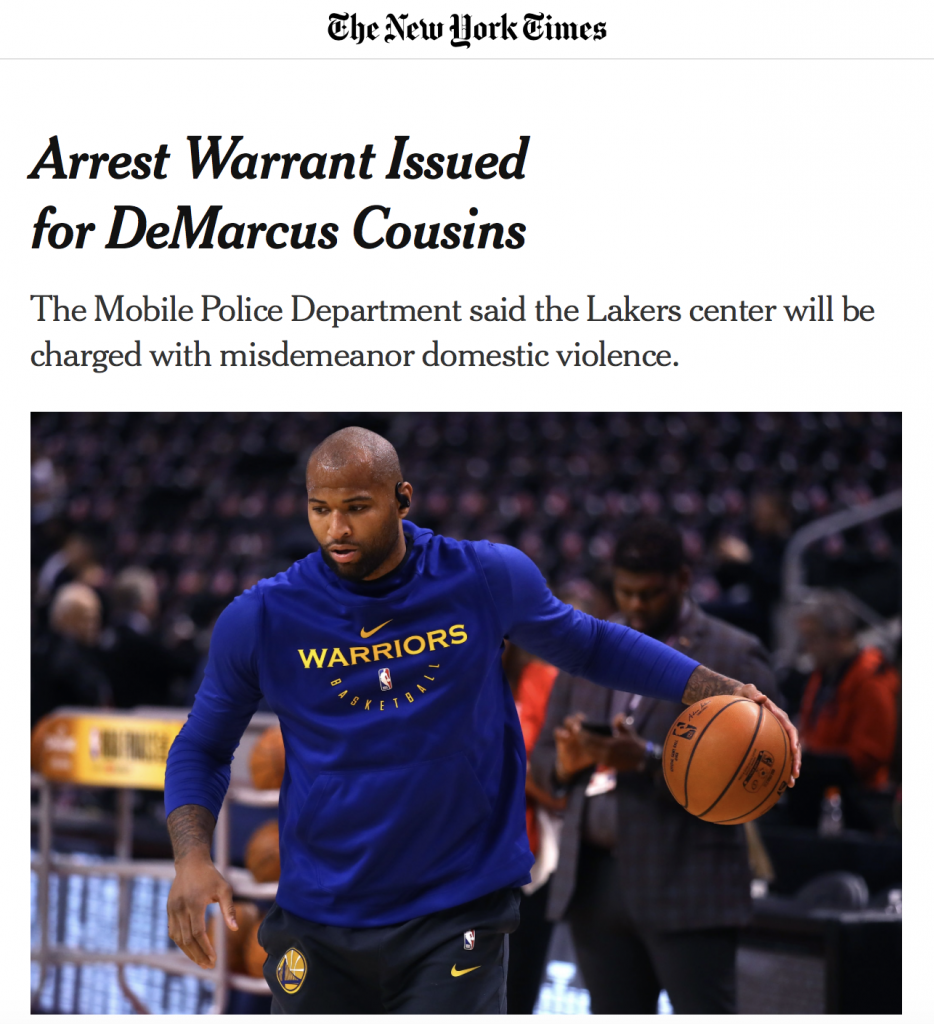 Wait, what? Yeah, he got a bit steamed when his ex wouldn’t allow their child to attend “Boogie” Cousins’ wedding to another woman so the NBA star allegedly threatened her over the phone. She recorded it and released it to TMZ. 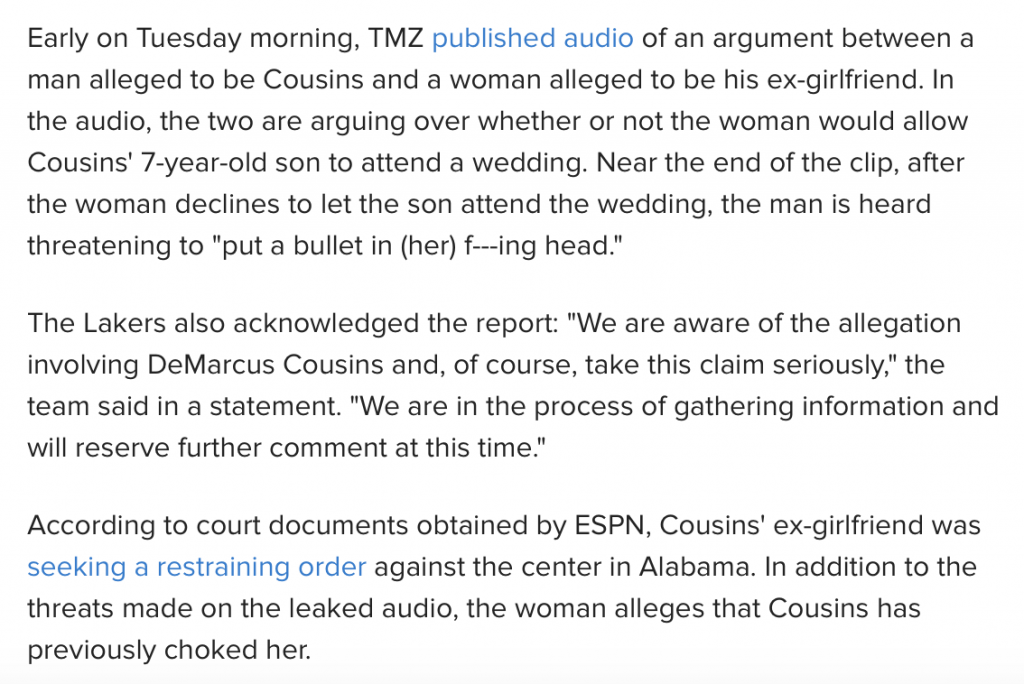 There’s been no legal update since the arrest warrant was issued two weeks ago but…GO BIG BLUE! Due process demands that Cousins get his day in court but why does the University of Kentucky, a pillar of enlightenment and female empowerment, feel the need to go ahead with the Hall of Fame induction?

Can’t this wait until the legal matter is concluded? What if more nefarious information is released by the ex or some other woman who has been mistreated by Cousins?

UK officials should have waited until the legal process plays out and then invite Cousins to join the HOF after the smoke clears.

In 2013, former Kentucky player DeAndre Liggins was arrested for punching his girlfriend and dropping a fan and video game on her head. Not long thereafter, Liggins appeared on social media in a photo with Coach John Calipari, a public declaration that “we still love you.” 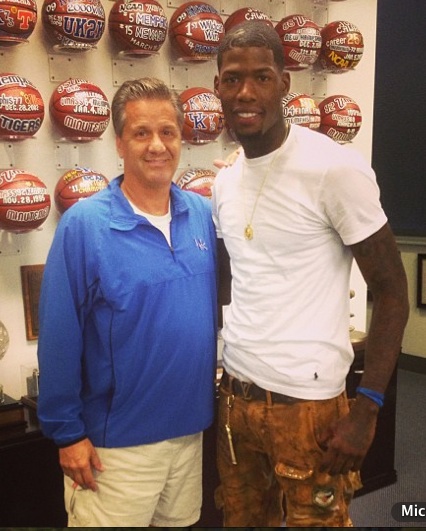 It was a different world six years ago when the Liggins charges were reduced and he was released from the Oklahoma City NBA team.

This is not a good look in today’s #MeToo and #TimesUp cultural landscape. Many women will find the Hall of Fame induction as a dismissive gesture toward all women who are victims of domestic violence or economic and verbal abuse.

« New York Times reveals Kentucky Derby winner failed a drug test just prior to the Run for the Roses
For Kentucky football, targeting is triggering »