The University of Louisville has a quarterback controversy. Should we go with Puma or Malik? They’re both great athletes but that’s not the real controversy. The real issue is how do we grab more national love like we enjoyed during the Lamar Jackson days? 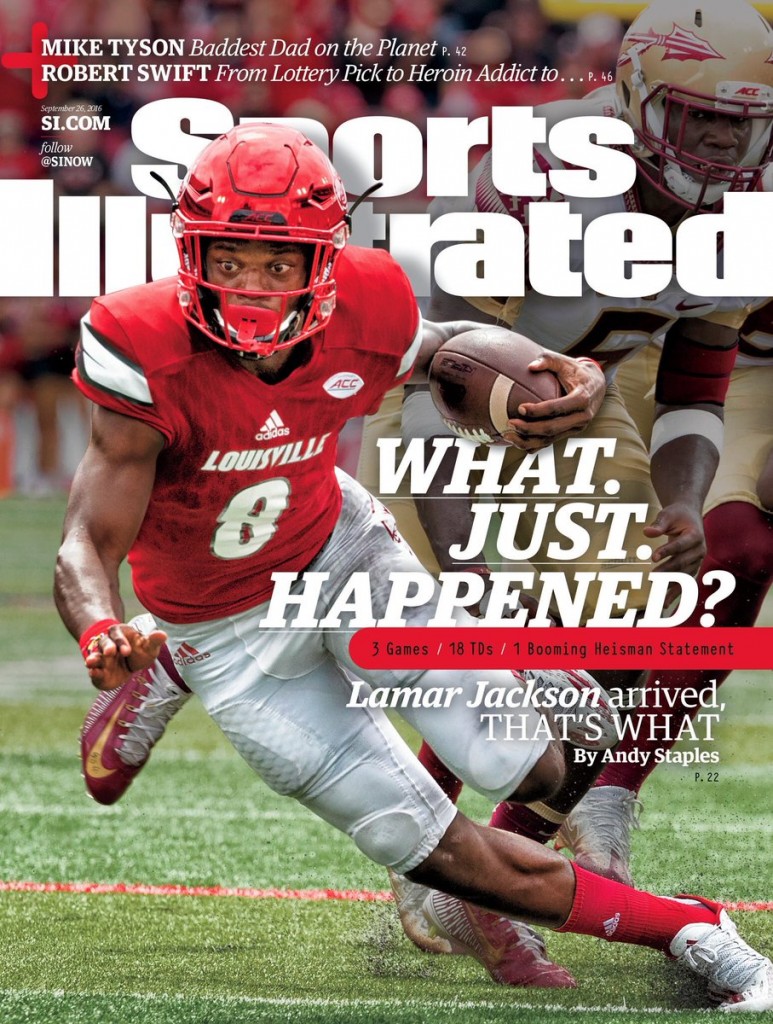 When Lamar was churning out yardage for the Cards, we were kings. Every highlights show went three layers deep with love for Louisville.

We’ve got to find another lightning bolt talent like Lamar to bring the joy back or interest will keep slipping. Even the Kentucky basketball coach couldn’t stay away from Lamarvelous.

But don’t expect any recruiter, assistant, or head coach to shoot straight with us. They talk mumbo jumbo all across America as though they’re guarding nuclear codes instead of talking about a kid’s game.

If only all coaches spoke with this type of candor. None do. They all throw faux deference when referencing their upcoming inadequate opponents. They’re all afraid that they’ll tip their hand.

Nick Saban doesn’t say diddly squat in his press conferences but it was hard to ignore the subtle slam he threw in Louisville’s direction yesterday. Two weeks ago, Saban’s Alabama Crimson Tide crushed Louisville 51-14 and thumped Arkansas State last week by an even wider margin.

“Now the real season is starting,” Saban said this week as he prepped for his first SEC opponent. “We got some gifts” in the early games, etc.

READ: the teams we’ve played so far were worthless

Louisville fans want to believe that the Cardinals have massive respect in the football universe but it isn’t true. Lamar was an anomaly. Someday, somehow, there is a recruiter talking to the next Lamar.

These are the same qualities we need in the recruiter to find the next Lamar for Louisville.

The End is Nigh