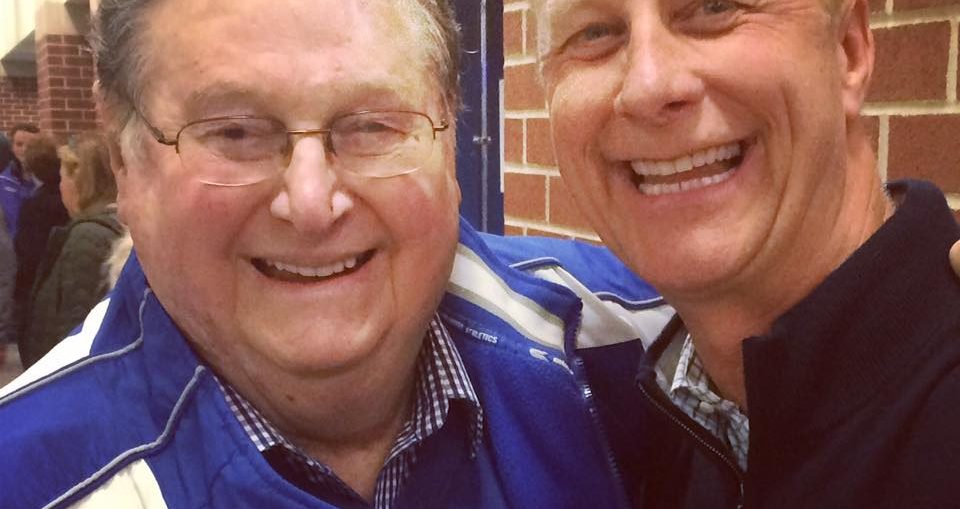 Heavy snow falls. The solemn duty of shoveling the driveway becomes Job One. After a brutal hour of pushing away the frozen encumbrance, a drive by plow dumps another load of street snow all over your freshly cleaned private drive. What the what? It turned out the Snow Bully was my buddy The Beasman. He called me on the radio to laugh at my shoveling misery. LISTEN #GoCats #BBN #LarryMinner #NoCountLoservilleLover CATS WIN! CATS WIN! The Beasman sends a special shoutout to Ashley Judd for letting a gorilla snap her lucky wishbone so that the Cats could start winning again! 🏀 #840WHAS For the uninitiated, University of Kentucky superfan The Beasman loves to taunt U of Smell lover Larry Minner on

THE BEASMAN u of smell happy times (cry) THIS HERE IS A NIGHTMARE TIME FOR US KENTUCKY WILDCATS! (cry) COACH CAL SUCKS AND U UH KAY ONLY GOT 8 SUPERSTARS AND WE CAINT BEAT SUCKY AUBURN! (cry) HOW COME WE DON’T GOT 15 MACK-DONNER ALL-AMERICOS? (cry) NOBODY TAWKIN UP BIG BLUE NATION BUT ERRBODY TAWKIN BOUT LAY-MAR JACKSON! (cry) I’M SICK OF HEARIN BOUT LAY-MAR IS THE GREATEST! (cry) We surprised Lamar Jackson with a special video right after he won MVP.His reaction is everything. @lj_era8 pic.twitter.com/VzeVLjBqcq— NFL (@NFL) February 2, 2020 AND THEN YOU GOT THE BALDY MACK WINNIN STREAK FOR U OF SMELL BASKETBAW AND U OF SMELL’S #1 FAN BILL MURRAY IN THE SUPER BO COMMERCIAL. HOW COME

From the very beginning of the human race, boy meets girl has propagated the species. The problem is that many times the boy isn't hearing NO from the girl. The boy forces himself onto the girl (or other boy, or girl with girl, or gender fluid with gender fluid) and commits a criminal assault or even rape. The #MeToo movement has made massive strides enlightening the masses when boy meets person of interest. People are woke. But are accusations always accurate? Most of the time yes. Every individual has unique boundaries which makes modern mating a minefield. Read about Aziz Ansari's September 2017 date and the subsequent fallout from his inability to recognize NO. Avowed feminist Ansari could claim #MeTooSoon but

Kentucky native Ashley Judd is still triggered by the Trump victory. She claims the trauma she suffers from being an underage rape victim is not as bad as having "sexual predator" Donald Trump in the White House. via HuffPo: “It remains for me the worst thing that’s ever happened to me in my lifetime,” Judd said in a conversation with Congresswoman Barbara Lee (D-Calif.) at Watch Us Run, HuffPost Women’s inauguration day event. “Raped as a child, bad,” Judd said. “Re-raped by a political system that ordains a clown, really bad.” Ashley Judd's "Nasty Woman" speech at the D.C. Women's March on Inauguration weekend was raw and real.

Actress @AshleyJudd recites a beat poem about being a “nasty woman” at #WomensMarch https://t.co/EGN6efPzCq— Bradd Jaffy (@BraddJaffy) January 21, 2017 In with the Trump, in with the hysteria. Faded celebs are losing their minds over The Donald. Ashley Judd went vaggie loco again. But in a good way. She slammed a damning poem that was one part brilliant and two parts crazy. Ash's rant was but a small part of domestic discord. (Her sister Wynona stayed out of the kerfuffle). THE VELVET VICE SEES DAYLIGHT The vagina suit is America's new go-to look in the wake of Donald Trump's election as U.S. president. A million women protested across the country one day after the Trump inauguration spurred violent protests. Reproductive rights,

That's nice but here's Jennifer Lawrence, the biggest movie star in the world.