Fans of University of Kentucky basketball have a hard time accepting the end of each season.

Eight times, UK won the championship but over 100 other basketball seasons the Cats fell short. Unacceptable. Here’s official radio audio describing how referee John Higgins clearly “was out to get us” according to 99% of Big Blue Nation.

John Higgins Sabotage of Kentucky from cal for the win on Vimeo.

Higgins like all referees has his work reviewed by a panel that judges excellence, assigning the best referees to work the Final Four. Higgins made the list.

A Lexington Herald Leader columnist wondered aloud: What if Christian Laettner had missed that shot? 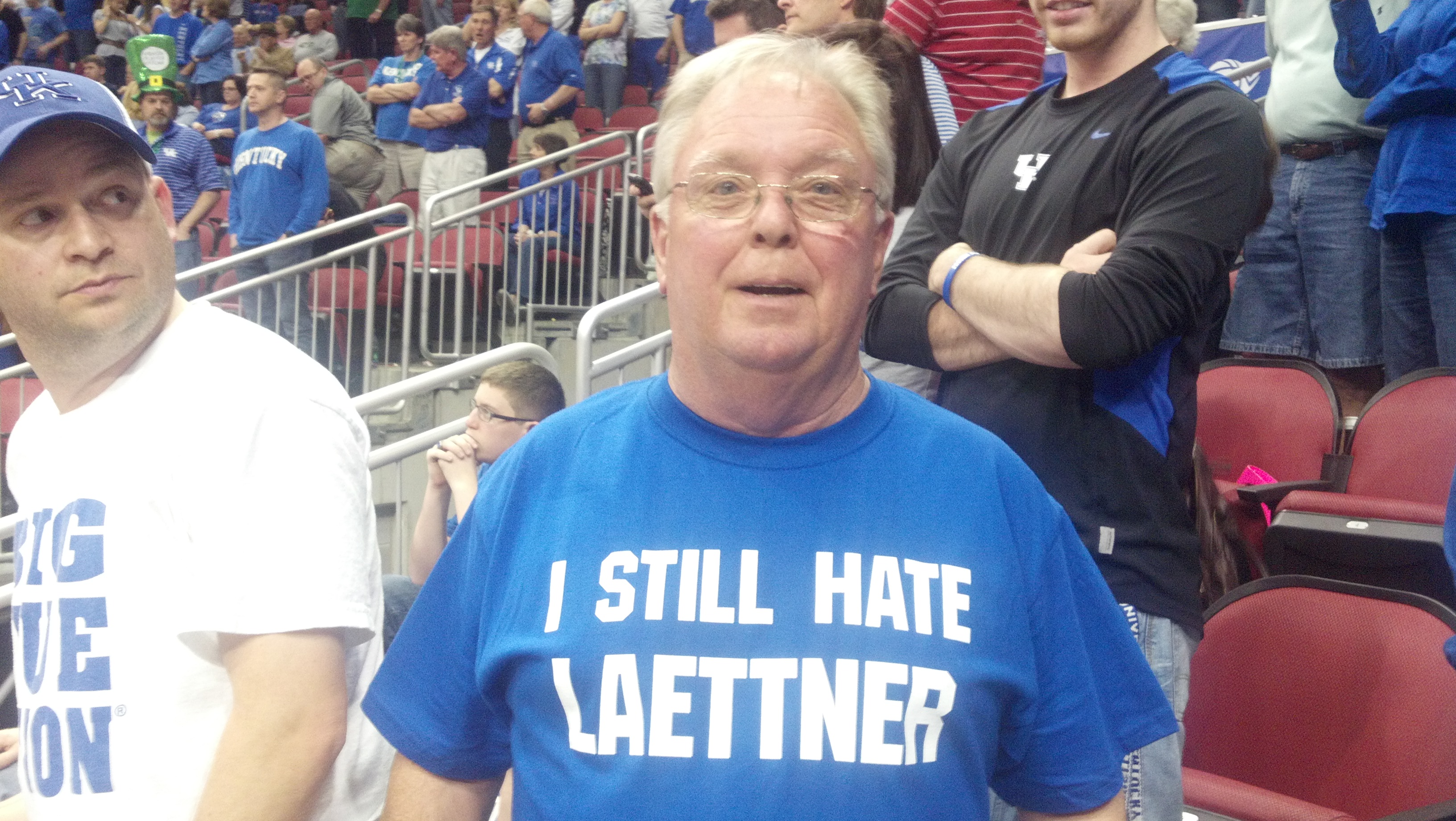 One of my radio listeners took issue with my description of “the greatest college basketball game ever.”

but following your reminiscing about “the shot” there have been numerous other nostalgic look backs by the media and whether it is a conspiracy, group think, political correctness, media bias for Duke, or what, it demeans KY and Big Blue Nation to talk about “the shot” without talking about the dirty play by Laettner prior to the shot. Everyone can live with a buzzer beater shot. It is a normal part of basketball. We can’t live with a player stomping on another player and then being allowed to stay in the game to make that shot. In fact, what he did would cause meltdown today because it would be seen as racist. If you and the rest of the media are going to talk about the shot, talk about the real reason UK fans are upset about it. Don’t perpetuate revisionist history. There won’t be “I still hate Maye” shirts 25 years from now. There will still be “I hate Laettner” shirts 25 years from now. It’s not the shot, it’s the dirty play prior to the shot.

Hats off to a guy named Church whose religion is basketball. It’s no wonder you’re still seething these 25 years later.

I was there in Philadelphia, attending as a Kentucky fan silenced by my media credential. I was angry over Laettner stomping Timberlake’s chest. I was also thrilled by Sean Woods’ late shot – so much so that I broke the media rule and cheered WOO HOO when it went in. I was GUARANTEED another trip to the Final Four!

But there were a few seconds left to play. Long pass! Wait…what? I was dumbfounded by Laettner’s game winner.

The Duke players’ parents sitting behind me were screaming and crying. I stood there watching bedlam break out all around the arena. Heaves of sadness muffled by shrieks of joy. What a moment!

I walked across the floor to listen to Cawood Ledford give his farewell speech after 39 years of broadcasting UK games. Amid all the pandemonium, Duke’s head coach Mike Krzyzewski had the presence of mind to pop over and wish Cawood a happy retirement and thank him for his service. I watched the elegant Mr. Ledford halt his farewell, thank Coach K for his kind words, and then Cawood re-started his touching final message.

I flew home with the team in total silence. Not a word. As we flew into Lexington, the doom began to lift. Everyone on board saw thousands of people along the airport fence cheering their returning heroes. When the aircraft door opened, the sea of cheers swept over everyone and the UK players’ pain turned to some measure of affirmation.
The healing process had officially started.

The next day, the sun came up and I moved on to living my life again.

I will always see that 1992 game as the greatest college basketball game ever. I don’t have to like the outcome.
I have come to see the game as a milestone; a springtime blooming of redemption for what had been a scandal-ridden Kentucky basketball program. Welcome back, Cats!

Good times. Thanks for writing.

Oh, and your subject “was going to let this go” is pretty good self-advice. Go out and enjoy the day.