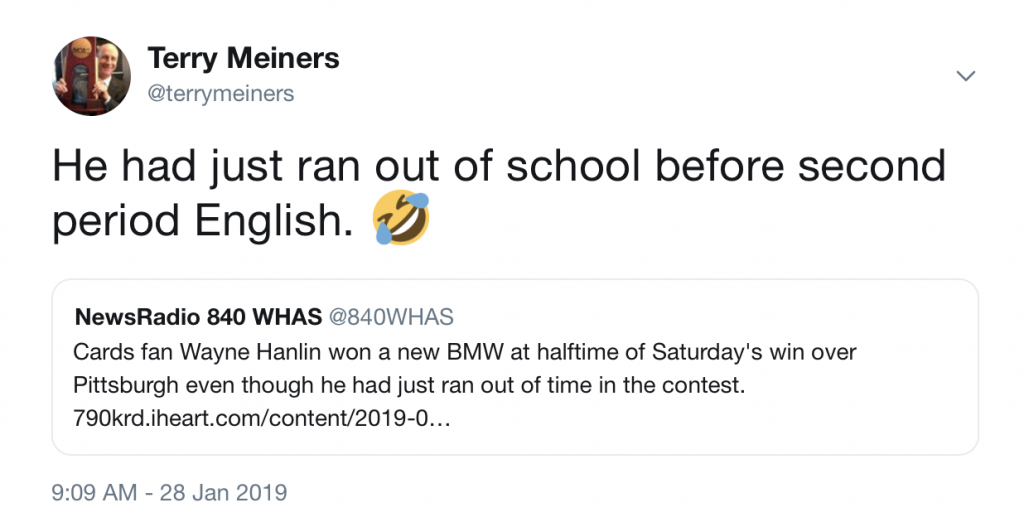 Nor do most American newspapers. Two more editors were among the newly RIF’d at The Courier-Journal in Gannett’s slash-and-burn strategy. 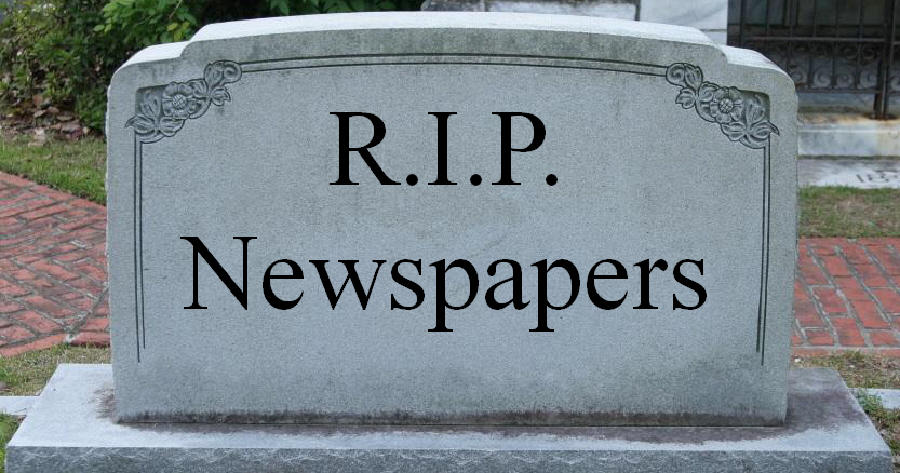 A few weeks ago, a Courier-Journal employee told me that the scant few remaining employees were shuddering at the prospect of a hedge fund takeover of CJ parent company Gannett. Sure enough, Gannett made another massive reduction in force across America this week as if to prepare for its unholy marriage with Alden Capital.

The Courier-Journal losses were light this time but it could be just a preview of more consolidation that leaves local news customers clueless about anything that happens after 6 PM.

READ: THE WASHINGTON POST ON GANNETT’S CONSOLIDATION OF TENNESSEE NEWS

Ever notice how the final score of a UK game that ended at 9 PM isn’t reported in the next morning’s newspaper? All we get are early crowd photos and a partial score, e.g. “At the time of publication, UK was leading Kansas 31-29 early in the second half.” What? 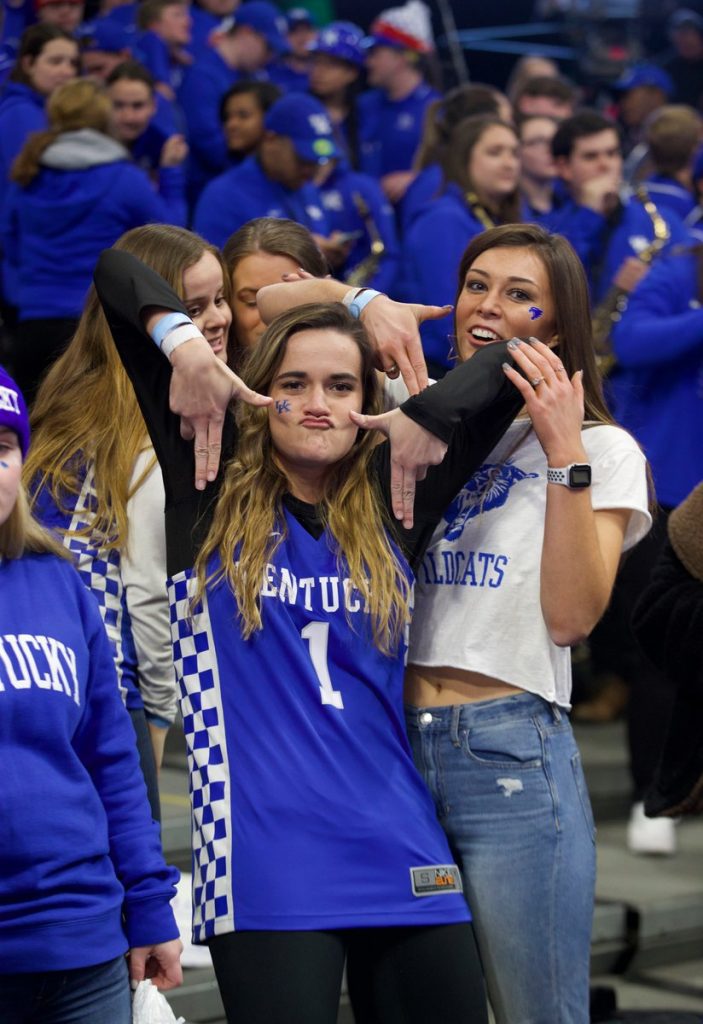 Nearly all of America’s newspapers put up paywalls, limiting non-subscribers to scanning only headlines. Most of them beg for subscribers but by far the #1 problem for news publishers is runaway advertisers. Newspapers are no longer effective in cost-per-thousand metrics. Ad money is much more effectively spent online, embedded in Facebook and Google ads. Even broadcast and podcast radio delivers far more effectively than do newspapers.

And, it’s OK to say “ass” on the radio. One year ago, the Courier Journal was trying to be edgier by using words like “dick” and “shit” in online copy. The public never noticed the CJ’s feeble attempt to be Howard Stern lite. Sales and readership continued to slide.

How did the industry get here? College professor and journalist Jeremy Littau walks us through the timeline of news publisher greed and arrogance that led us to empty newsrooms and unchecked power in cities and small towns nationwide.

For those who aren’t quite sure why these media layoffs keep happening, or think “it’s the internet!” or “people don’t pay to subscribe,” there’s a lot more going on. Though that is part of that. Here’s a cliffs notes version – not exhaustive but it hits the highlights:

BOTTOM LINE: There is no longer investment in local reporters, feature writers, and investigative reporters who hold public officials accountable for their use of public money.

I’ve been lucky enough to be featured in lots of newspapers and magazines over the years. Former Courier-Journal writer C. Ray Hall spent parts of three days with me and photojournalist Pam Spalding shot photos of me during two of those days.

All of that for ONE feature article in the Saturday Scene in 1990. The snippet pictured above involved multiple conversations with writer Mary Dieter and a photo shoot where items were glued to the wall to make it appear that Ron Clay and I were 90 degrees askew.

This required an enormous amount of work in the pre-Photoshop era to properly illustrate a story about local radio personalities. The refrigerator is on its side and the table, clock, dish towels, radio, and broom were glued or bolted to the sidewall to create the image.

Today writers are expected to do profiles of people in a few hours by collecting quotes and photos from Google and then getting one fresh comment from the subject. There’s no time for creative photography or long form interviewing. It’s cut and paste and then move on to the three other tasks that involve advertisers and reader complaints.

Here’s a small segment of a 1990 Lexington Herald Leader profile of me at work. Writer Glenn Rutherford (father of Ramsey & Rutherford co-host Mike Rutherford) spent half a day with me, did several follow up phone inquiries, and sent a photographer to shoot pictures of me with voice actor Randy Davidson.

That was for a page and a half profile on a random day 30 years ago. Newspapers today have aggregated staff in remote cities that compose much of the next day’s paper in all of their markets. These are people that don’t know anything about the local characters in the towns they serve. They are tasked with churning out something generic to accompany their few remaining display ads.

The hometown paper is no longer from home. The Alden Capital hedge fund is about to make that situation even less personal.