Chris Mack is building something special 👀

No. 23 Louisville takes down No. 21 NC State to remain tied at the top of the ACC! pic.twitter.com/nxjTdls6Th 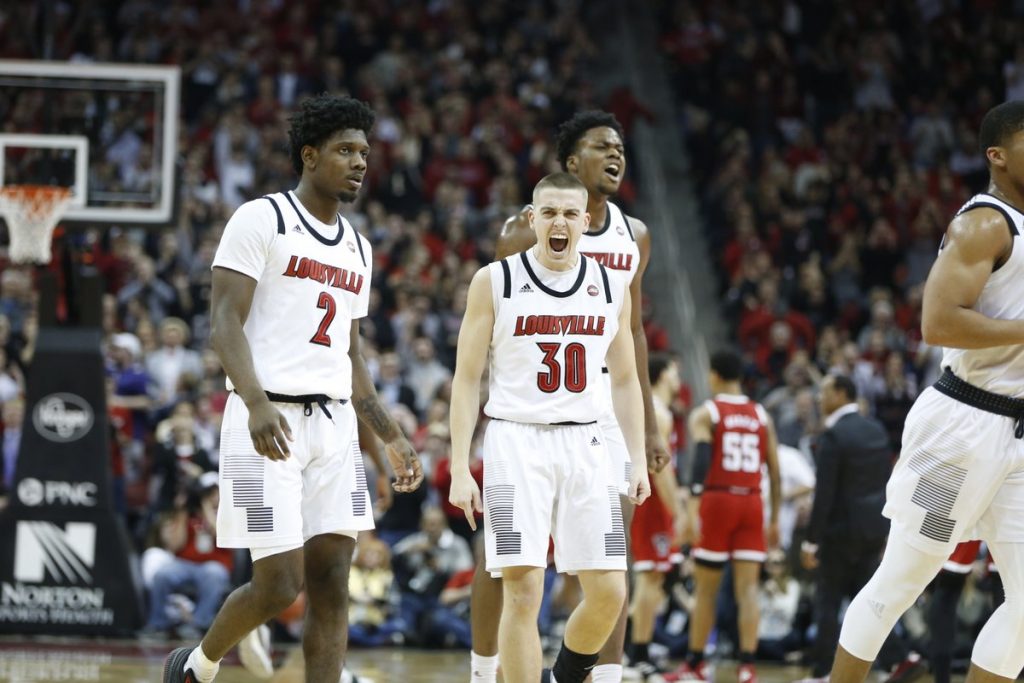 The University of Louisville basketball team has been rough on the state of North Carolina so far this season. The Cards are blasting out from two years of scandal and despair like a space shuttle launch. First year coach Chris Mack has the Cardinals pounding through the ACC, winning 5 straight. That includes a total thrashing of highly ranked North Carolina in the Dean Dome and now a grinding victory of NC State’s Wolfpack.

Mo is back on Main Street and he’s rolling. Welcome back from hell, Card Nation. Who knew the good times would be back so soon?

Love this team, this city and our fans.

Thanks #CardNation. We heard you tonight. Ya’ll were LOUD. How about you LOUUUUDDD it up against the Panthers on Sat. Ya know they got us the 1st time right? #GoCards #Team105