Skip to content
You are here
Home > Uncategorized > Larry Legend 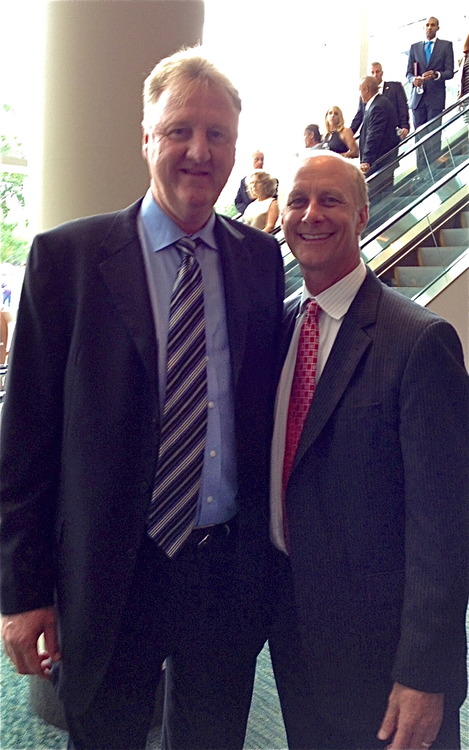 Transitioning from a pre-ceremony to the Naismith Basketball Hall of Fame induction ceremony, I was startled to see who jumped on the escalator right after me. Indiana Pacers president Larry Bird was turning heads wherever he walked.

As one of the greatest NBA stars ever, “The Hick From French Lick” was in Springfield, Mass. as a presenter for inductee Oscar Schmidt.

Larry and I talked about the Pete Dye Course at French Lick, his hometown. Larry said he had not yet played the scintillating track and that he “used to go hunting up in those hills.”

No Harley for Hitler — Thanks, Obama