Skip to content
You are here
Home > Uncategorized > My awesome wife Mary was inducted into the University of Cincinnati Dept. of Journalism Hall of Fame 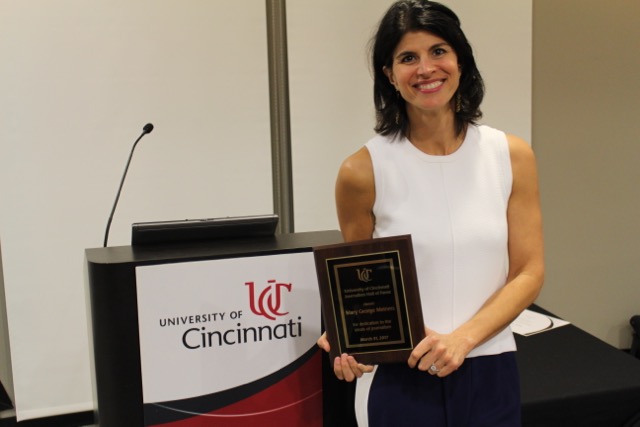 Congrats to Mary George Meiners, class of 1992, on being inducted into the UC Department of Journalism’s Hall of Fame. Mary majored in English Literature, was editor-in-chief of The News Record, and has had a 25 year career in broadcasting, recruiting, and print media. The family is immensely proud of our dear Mary. Well deserved! 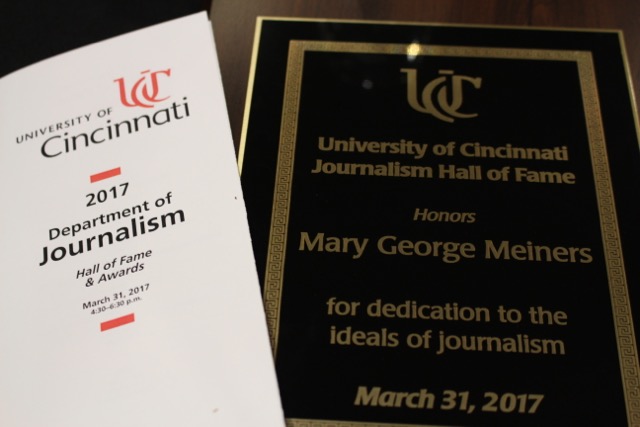 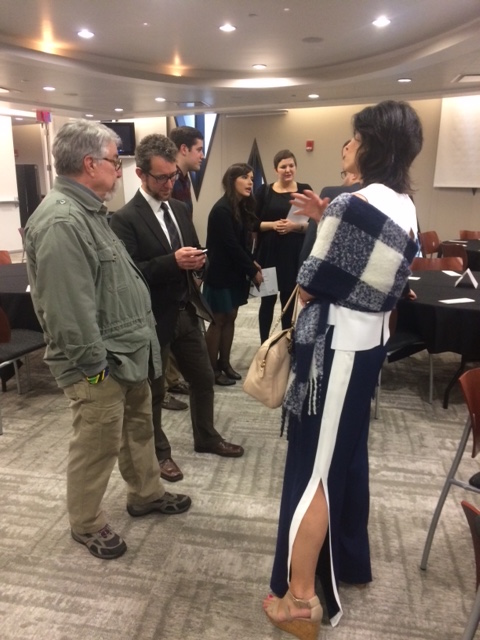 An awards ceremony at 5 p.m. is the perfect time to mix cocktails, memories, and laughter. 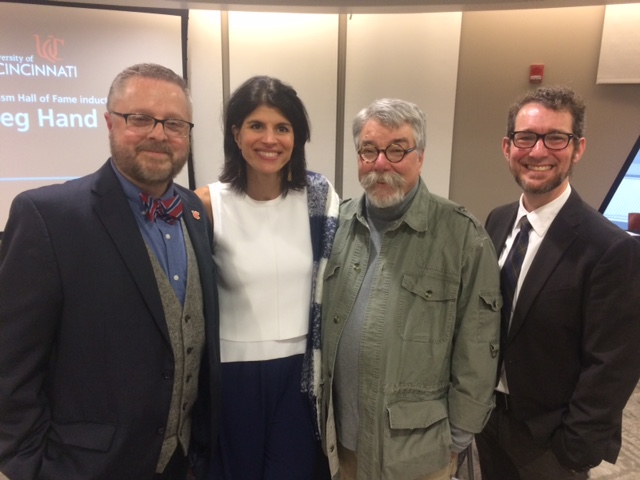 Dr. Jeff Blevins, left, leads UC’s department of journalism. Jon and Sean Hughes are longtime friends of Mary George. Jon was a professor during Mary’s college years and Sean was a classmate. Both of the Hughes are legends at UC.

The UC journalism department put together this terrific video to showcase my wife’s early academic choices and her ultimate path to a rewarding career. Well done, students! The questions were asked by Jon Hughes, all around fun professor guy. 🙂 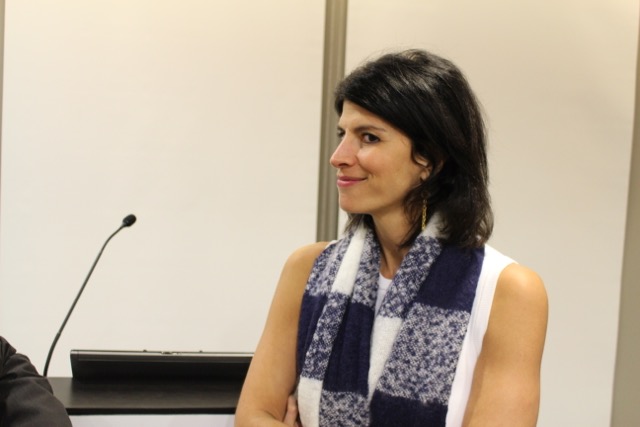 Mary is patient with my persistent photography habits but, as seen here, there is a time to stop pointing the camera her way. 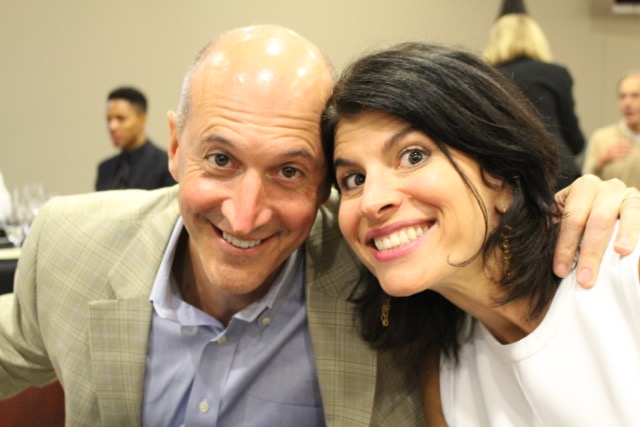 Mary’s big brother John has been a great delight in her life, and he was certainly the butt of her quip that A grades were nearly non-existent in her childhood home. 😉 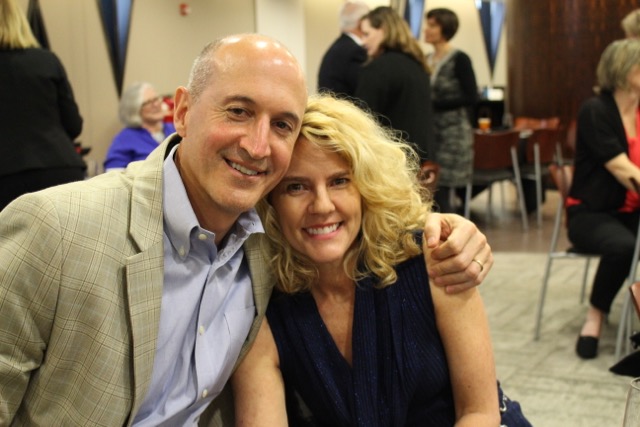 John and Paula George joined us for a great ceremony. We love spending time with them and Mary was honored to have her big bro witness the event. 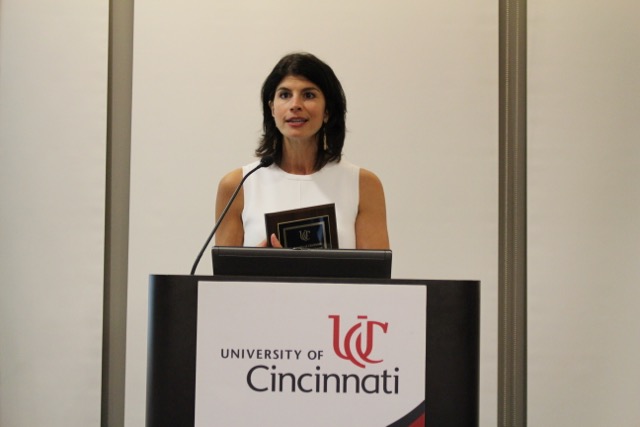 Mary is not a fan of public speaking but she delivered a terrific lesson for students to fight through fear to achieve goals that are hovering just down the road. Don’t let fear send you backward. Press on. 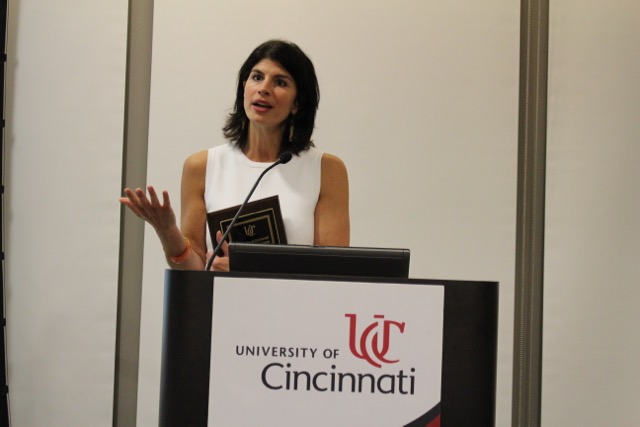 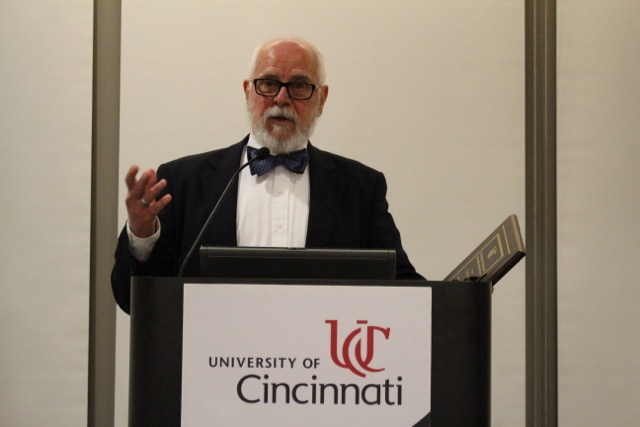 Greg Hand was also honored on the night. His poignant advice to journalism students was that they have to dig in extra deep to uphold their profession in an era of alternative facts. 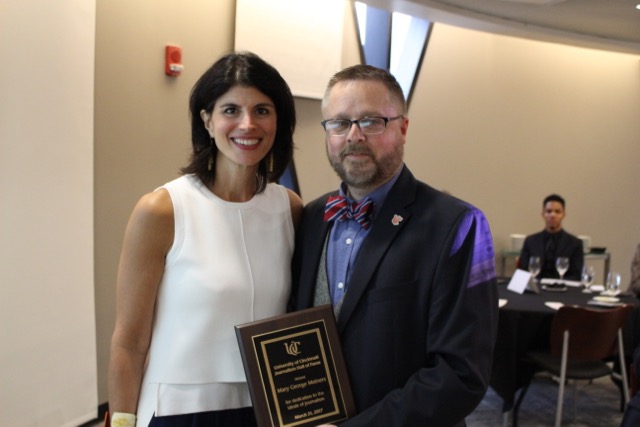 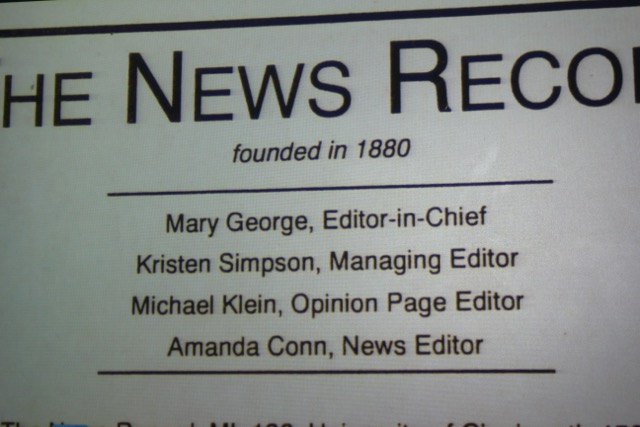 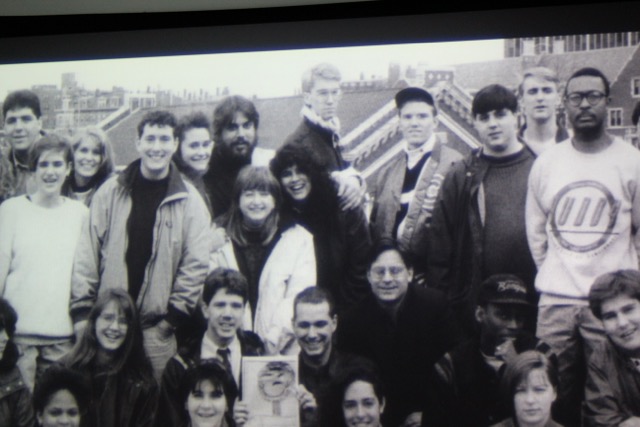 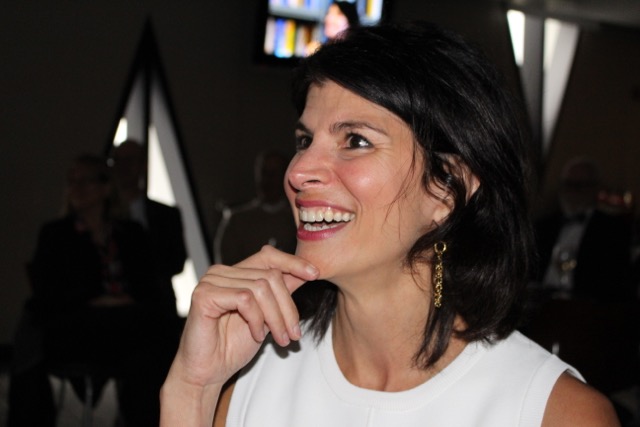 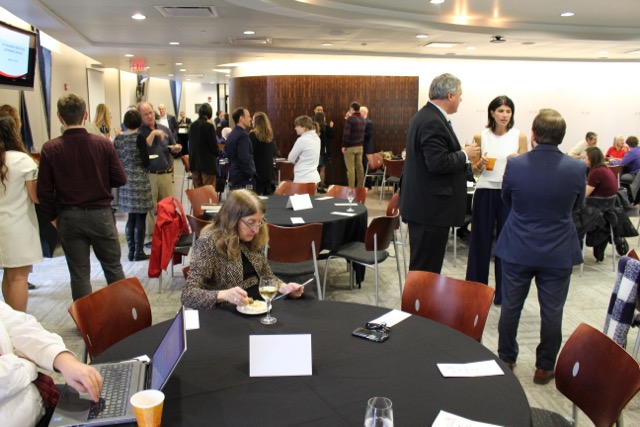 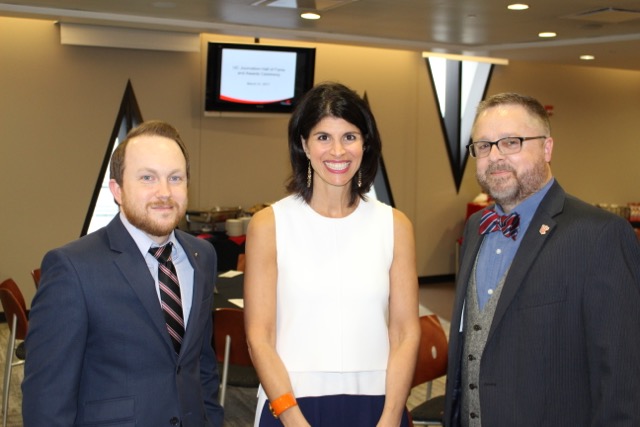