Skip to content
You are here
Home > Uncategorized > Papa Jaundice

After the re-election of Barack Obama, Papa John’s pizza founder John Schnatter told a Florida newspaper that he would have to make business adjustments to absorb the costs of Obamacare. The primary method may be to limit more employees to part-time status (under 30 hours weekly) to avoid having to offer health care benefits.

Internet meme generators, plus Facebook and Twitter users are having a field day with with Schnatter’s candid cutback strategies. 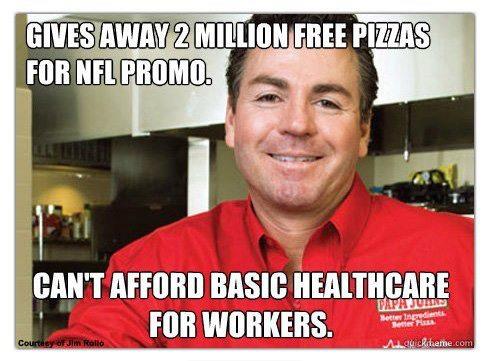 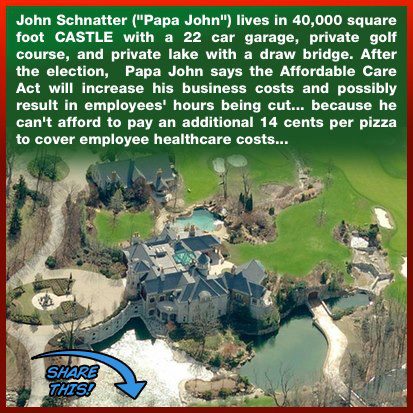 The web site Democrats For Progress used an aerial photograph of Schnatter’s home to berate him.