Skip to content
You are here
Home > Uncategorized > Slowed audio of Papa John Schnatter captivates the Internet: “I’ve had over 40 pizzas in the last 30 days”

Louisville’s beleaguered businessman “Papa” John Schnatter is still flailing at the ghosts of his previous life. Schnatter was famously removed from his chairman/CEO position at Papa John’s International and has been forced to diminish his majority ownership position after a series of caustic verbal missteps.

In 2012, Schnatter created a “clueless rich guy” backlash after he bemoaned the costs of providing employee health care. A few years later, Schnatter insulted NFL players who were kneeling during national anthem performances to protest police brutality. He lost his CEO position but remained chairman.

The final and most explosive meltdown came after Schnatter said the N-word on a 2018 diversity training call. That’s when the proverbial poop hit the fan.

Here’s how Schnatter sounded when he spoke at length with me in July 2018 as his entire world was collapsing, his recent public words battering the pizza chain’s image and sales numbers.

Schnatter claimed that he was “pushed” to say the N-word. I asked why he did not literally say “N-word” instead of blurting the actual word.

He had no sensible reply, just a series of ridiculous accusations about a conspiracy to have him removed. Recently, Schnatter has been pointing to a radio interview with New York Governor Andrew Cuomo where he said the N-word word without repercussion. 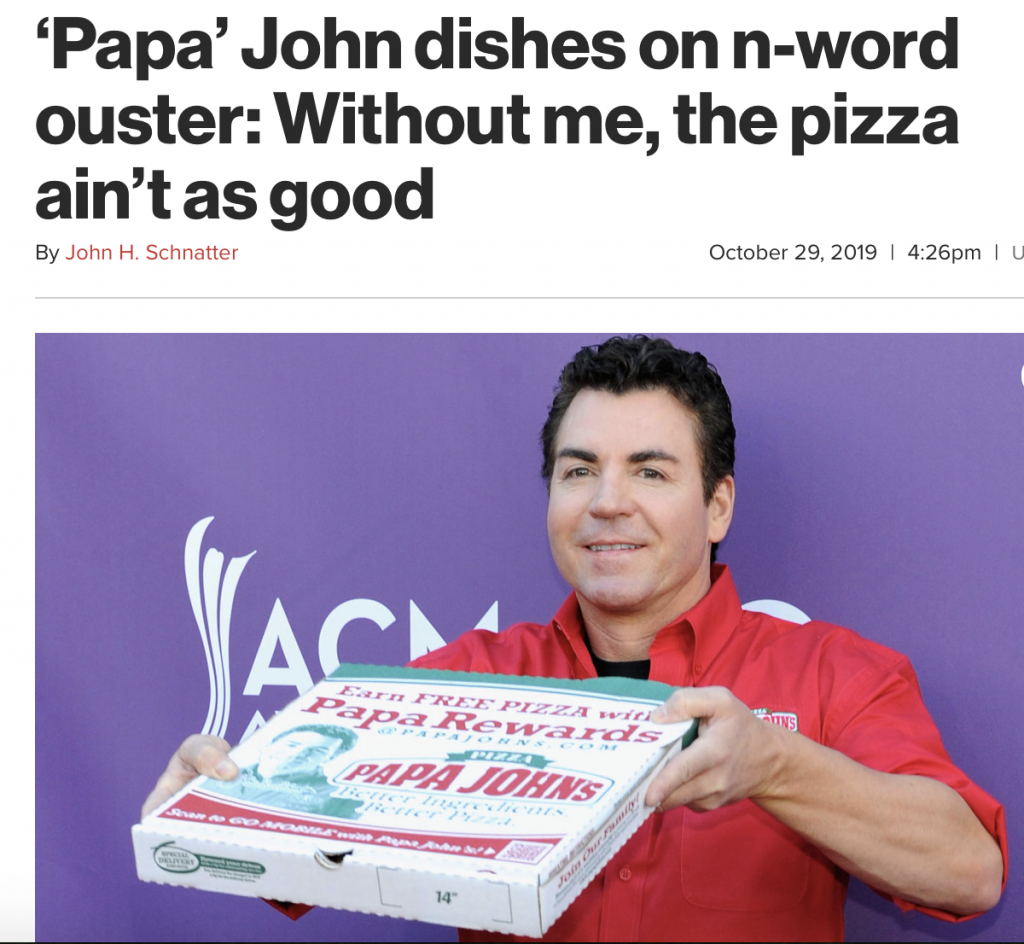 Schnatter purportedly wrote an op-ed in the New York Post attacking the new Papa John’s management team and decrying Cuomo’s teflon treatment vs. the public pillorying that he is taking. Someone else obviously wrote the piece even though Schnatter is listed as the author.

Black websites ain’t having it. The Cuomo event came and went after a few news cycles.

Besides…apples and oranges. Cuomo was quickly defended by many black activists who say they “know his heart.” Schnatter’s N-word tsunami was but one of several PR nightmares he created by his own arrogant condescension toward others.

This week’s absurd Schnatter claims are intensifying as his former life of power and control drifts further away. “Papa John” looks even more detached from reality in his new interview with WDRB News.

“Do you think you were set up?” asks reporter Stephon Johnson.
Schnatter: “Oh…no question about it. And the public knows that, and it’s all a farce. They made this all up, they fabricated it.”

The public doesn’t know anything of the sort. All the public sees is a desperate man blaming everyone but himself.

Schnatter looks shifty, sweaty, and desperate in his new interview. He is not changing one person’s mind and is deluding himself into thinking that the company can’t go on without him.

Schnatter doesn’t recognize that the more a rich white man complains, the more the public chuckles at his demise. 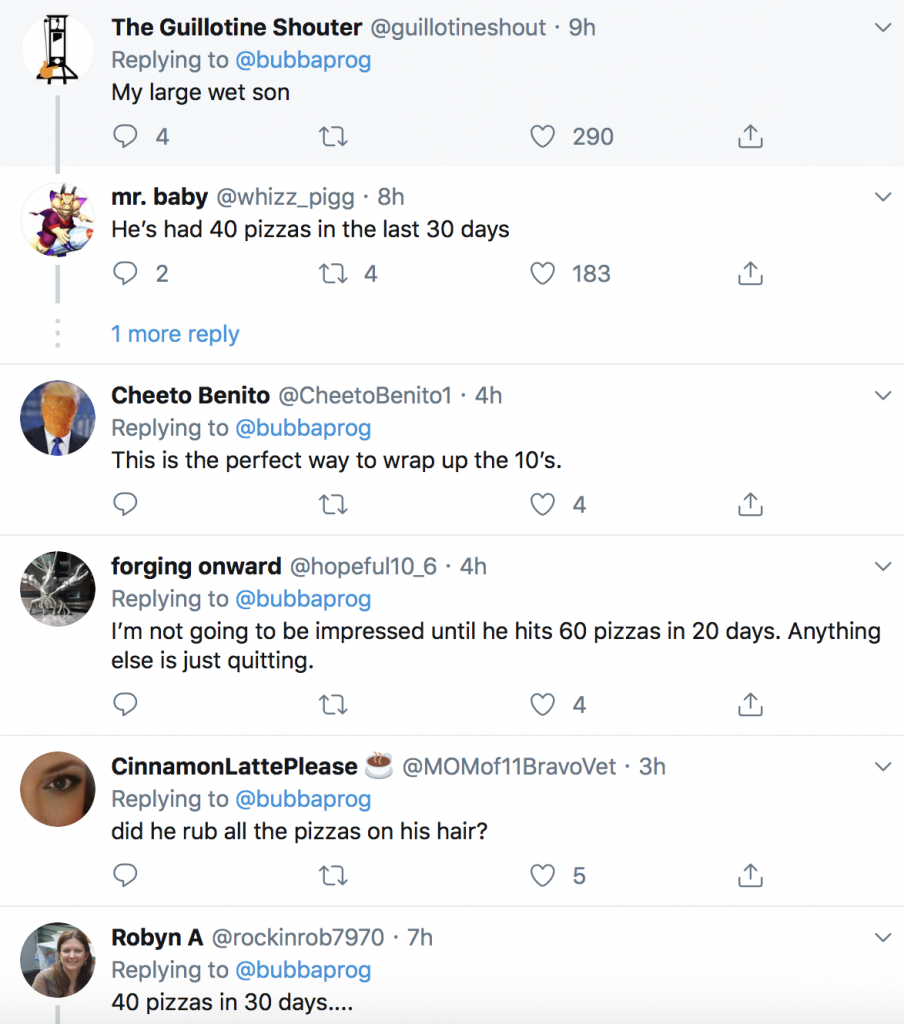