The University of Louisville Cardinals are scheduled to play 9 games in 6 days, a special series of exhibition games against the Puerto Rico National team. Rick Pitino is coaching the PR players and his UofL assistants are coaching the Cardinals.

Pitino (and returning players) say that this new team has a much stronger bond than last year’s team. They break every huddle with a shout of FAMILY.

Puerto Rico reporter: “What do you want to accomplish here?”
Rick Pitino: “We want to win.”
Reporter: “Which team?”
Pitino: “Yes.” 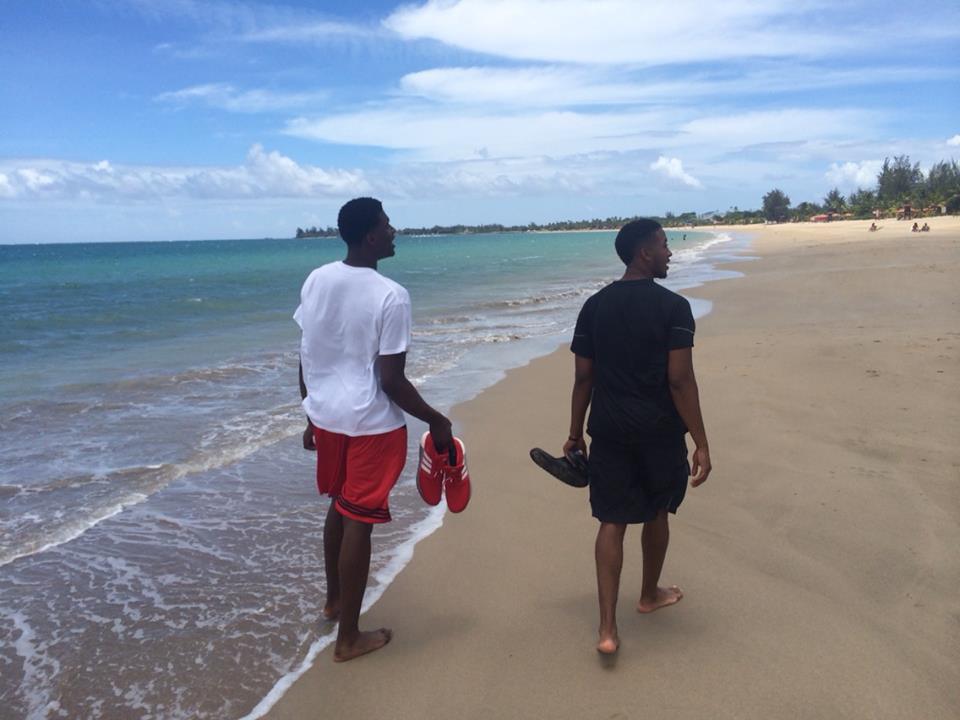 While Ralph Willard led the Louisville starters, Rick Pitino coached his Puerto Rico team at the other end of the floor.

But there is more than basketball for spectators in San Juan.

Hey look! I finally got my own statue. Thank you, Puerto Rico. The iHeartMedia global mobile app is really paying off