Skip to content
You are here
Home > Uncategorized > WAVERING STANDARDS: If it’s in the dick-tionary, it must be OK (or is it spelled okay)

When I asked Courier Journal management about scrubbing a 2014 parody of John Calipari from its website, I was told that the image didn’t meet the newspaper’s “standards.”

This piece ran last week in the standards conscious Courier.

This week the Cussin’ Courier throws feces at its readers – wiping it from the headline – but dropping it into the report on UK Coach John Calipari’s scatalogical jab.

Read the thread below for background on the Courier Journal defense of apologizing to Coach Calipari and removing an image from its web site. Salty Joe Gerth, a UK fan, says the September 2014 image is still available.

The subject of MY tweet was in response to Tim Sullivan’s CJ column shining light on Tom Jurich’s sometimes contentious relationship with various media members. I simply pointed out that it is not uncommon for athletics departments across America to contest media musings.

Courier Journal management printed an apology to Coach Cal and said the image would be removed from its site. According to Gerth, the image remains on its site more than 3 years later.

Then Joe called me a liar. He’s probably miffed that I didn’t put his name in the headline of this blog post. No wait. It’s there. ?

Great column by @TimSullivan714 examining Tom Jurich's legacy and some run-ins with the media. https://t.co/QisykJePzo Would be nice to hear why Tim's bosses @courierjournal scrubbed that 2014 crybaby caricature of @UKCoachCalipari – bullying from @UKAthletics? Hmm. ? pic.twitter.com/nQv2sFbeLW 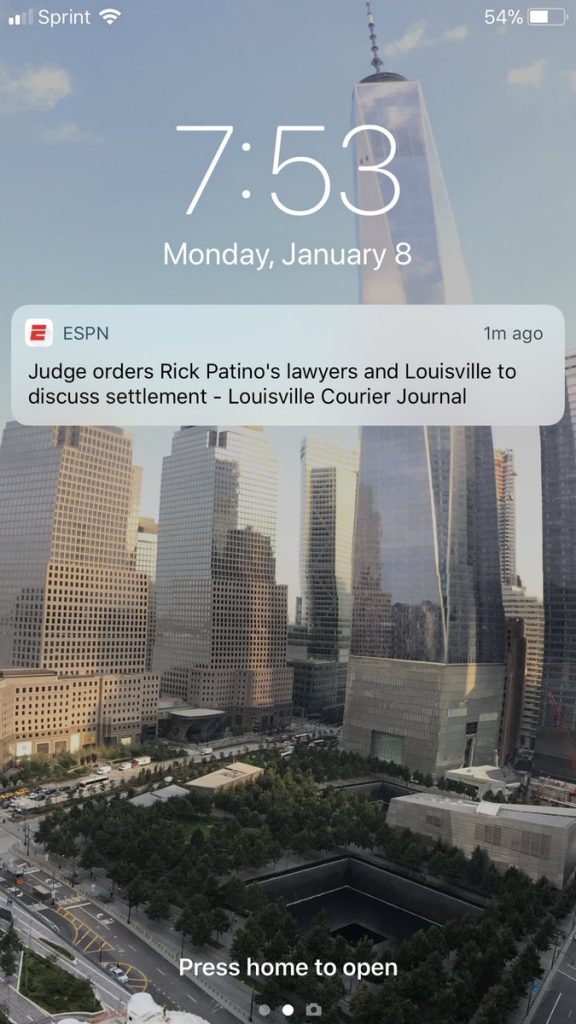