Murray is the king of sarcasm, feigning praise for others in the most endearing way ever. 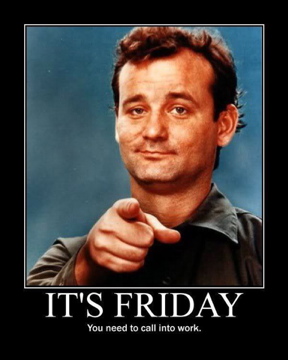