Look at the faces of people slaughtered in Las Vegas. Moms, dads, nurses, everyday workers, friends, brothers, sisters, soldiers, cops, and music lovers. Just people living their innocent lives when a maniac ended their existence from a sniper’s nest in a suite at Mandalay Bay. 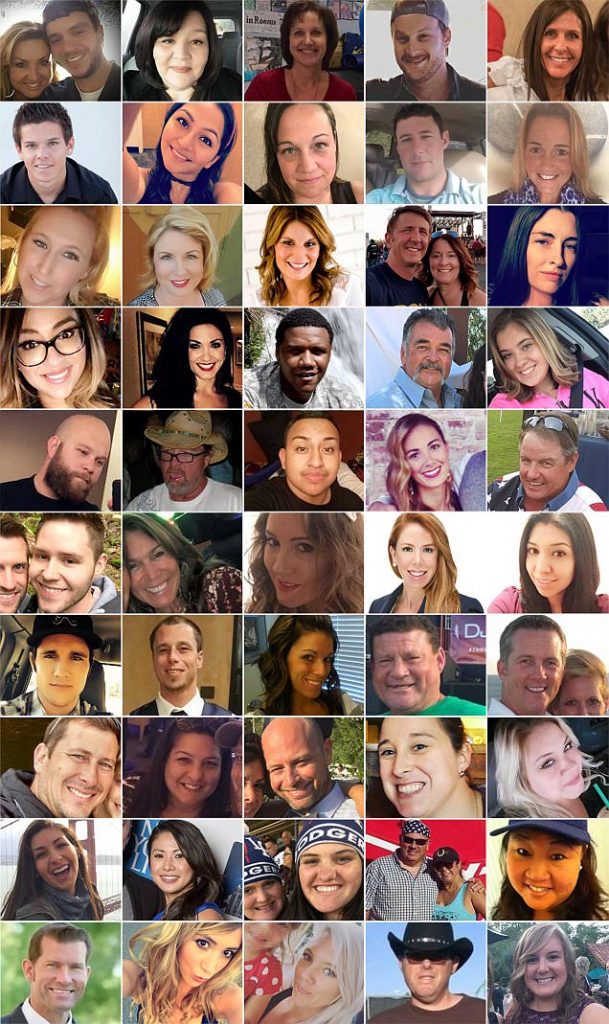 First named victim of Las Vegas shooting, Sonny Melton
A gunman perched high on the 32nd floor of a Las Vegas Strip casino unleashed a shower of bullets down on an outdoor country music festival below, killing at least 59 people and wounding more than 500 as tens of thousands of frantic concert-goers screamed and ran for their lives, officials said Monday. It was the deadliest mass shooting in modern U.S. history.
Country music star Jason Aldean was performing Sunday night at the end of the three-day Route 91 Harvest Festival when the gunman opened fire across the street from inside the Mandalay Bay Hotel and Casino.
SWAT teams quickly descended on the concert and the casino, and officers used explosives to get into the hotel room where the suspect was inside, authorities said. The gunman was found dead at the scene and was identified by Clark County Sheriff Joseph Lombardo as Stephen Paddock, 64.

The world is stunned and mortified at the actions of Stephen Paddock, the Las Vegas mass murderer. As we mend the wounds of the injured and support the survivors, we still have to ask why an old man without known rage issues would murder en masse.

On the morning after, Paddock’s brother Eric spoke to media.

Here are fascinating insights from forensic psychiatrist Dr. Michael Welner on the mind of a person who decides to annihilate.

The other older shooter Dr. Welner referenced from the congressional softball practice severely injured Rep. Steve Scalise. He tells the media that the Las Vegas shooting combined with his own only “fortifies” his support of the Second Amendment.

Another mass shooting. Three days of shock and awe. America goes on without a solution.