Skip to content
You are here
Home > Uncategorized > Does the NBA2Lou scare you?

The Louisville Forum asked former NBA player and Denver Nuggets general manager Dan Issel to offer his thoughts on the NBA2Lou project. I was asked to moderate and throw in my own comments about the potential of snaring an NBA team for the city of Louisville.

Naturally, the subject creates animated opinions from those who are opposed to adding professional sports. Some fear that it would harm the University of Louisville’s athletic pursuits and others worry that taxpayers will be on the hook for various concessions made for team owners.

Issel and his investors have the city’s best interests in mind. Bring it on. 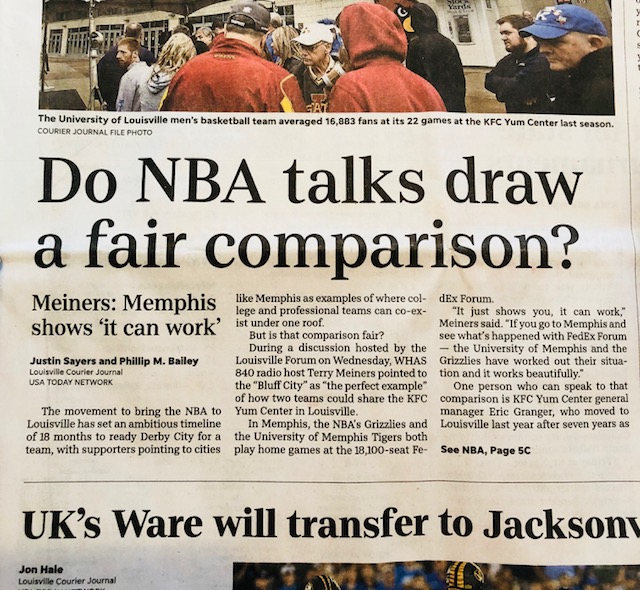 The CJ’s Phillip M. Bailey live-Tweeted the forum. Great audience questions and general enthusiasm for the prospect of bringing the NBA to The Ville.

.@LouisvilleForum discussion on the possibility of the #NBA coming to #Louisville f. @nba2lou President Dan Issel and moderated by @terrymeiners. Starts at noon. pic.twitter.com/8kqgxJvA3A